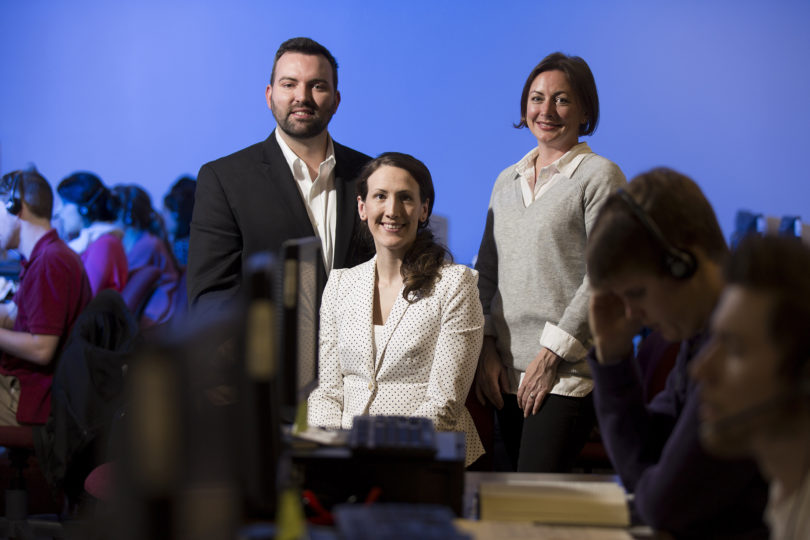 Athens, Ga. – When victims of sexual assault dial a telephone hotline for help, what they ask and how long they stay on the line might very well be related to whether they are male or female, according to new University of Georgia research.

Every year, there are over a quarter of a million victims of sexual assault. Sexual assault hotlines provide services such as counseling, community resources, drug testing and law enforcement options. Despite the same available resources from the hotline, male and females sought different things.

“Females were more likely to call with specific requests—to be linked to services with questions about date-rape drugs and drug testing, information on restraining orders, information on abortion services,” said Jana Pruett, a co-author of the research, graduate student and instructor in the School of Social Work. “Males were more likely to utilize the hotline solely for counseling services—particularly to ‘tell their story,’ and hung up or disconnected the call more often, without receiving any formal linkage or referral.”

Sexual assault hotlines, Pruett said, are a widely used service modality—and can be a critical resource for a victim of an assault, particularly related to survivors and victims accessing additional resources. The researchers believe their findings can be applied to future changes in the training of hotline staff.

“From our analysis, it seems as though hotline workers could be better equipped with an understanding of themes that we found amongst male callers, such as frequent hang-ups, fear of being judged, questions about what constitutes assault,” Pruett said. “This could give them a chance to normalize these feelings and behaviors for male callers to the hotline, thus building the rapport that is so critical to helping someone access additional resources.”

To conduct their research, the graduate students “examined five years of data from a sexual assault agency,” said Marianna Colvin, a co-author and social work graduate student. “We looked at the narrative of the calls, how long they lasted and whether the callers got a referral to another resource.”

“Male callers often wanted counseling and to discuss whether or not they were victims. They had a fear of being judged from formal networks,” said Stephen Young, a co-author and social work graduate student. “Female callers had less confusion about whether they were victims and more specific questions regarding resources.”

After assessing their findings on female and male callers, Pruett, Colvin and Young recommend further research on the types of callers across multiple sexual assault agencies.

“We want to know more about the experience of callers to sexual assault hotlines,” Colvin said. “It’s important for social workers to better understand ways to support female and male victims of sexual assault.”

The findings were presented at the annual conference of the Society for Social Work and Research. The abstract is online at https://sswr.confex.com/sswr/2015/webprogram/Paper24310.html.