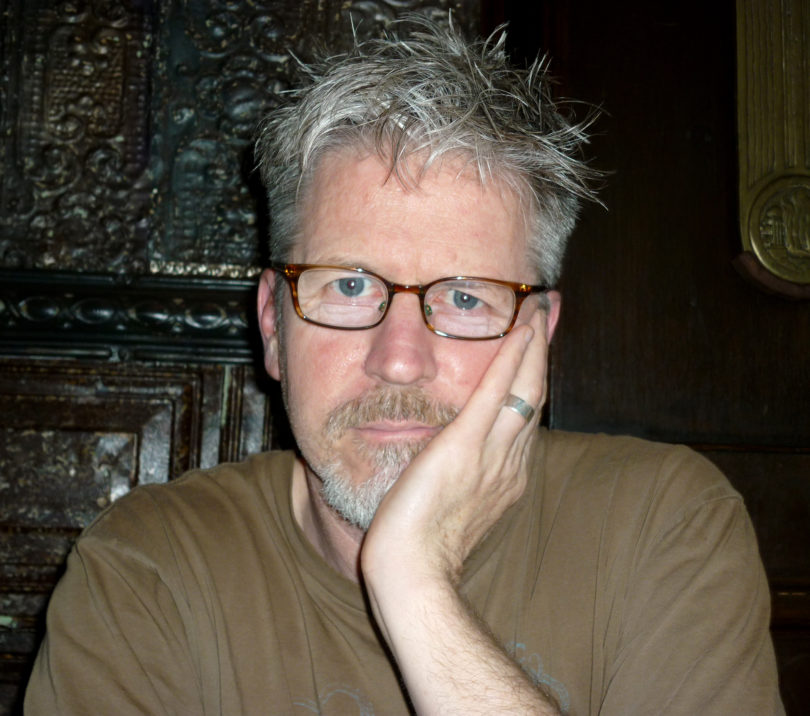 Athens, Ga. – The University of Georgia’s Jane and Harry Willson Center for Humanities and Arts will present a multimedia festival, “Everyday People: The Film, Television and Video Work of Jim McKay,” Nov. 15-18. Screenings and other events will take place in multiple venues on and off the UGA campus as part of the university’s 2013 Spotlight on the Arts festival.

Jim McKay is a director, writer and producer who lived and worked in Athens during the late 1980s and early 1990s. C-Hundred Film Corp., the production company that McKay formed with R.E.M.’s Michael Stipe during that time, remains active today.

He has directed numerous feature films and music videos and more than 40 episodes of broadcast and cable television shows including “The Wire,” “Big Love,” “Law and Order,” “Treme” and “Breaking Bad.” He has served as a producer on numerous films including “American Movie” (1999), directed by Chris Smith and Sarah Price. He was a Rockefeller Fellow in 2003 and a Guggenheim Fellow in 2004. In 2005, he was a recipient of the Lincoln Center Martin E. Segal Award.

Festival guests including McKay, various UGA faculty members and David Daley, editor-in-chief of Salon.com, will introduce screenings and participate in post-film Q-and-A sessions as well as in a panel discussion on the UGA campus.

McKay met R.E.M. in New York City in 1981 while living in Boston and moved to Athens six years later at Stipe’s urging. McKay and Stipe formed C-Hundred, producing music videos for R.E.M. and other local bands such as Pylon and Chickasaw Mudd Puppies and distributing short film collections by Jem Cohen and James Herbert. In 1989, McKay and Stipe collaborated on “Tourfilm,” a concert film documenting R.E.M.’s world tour for the album “Green.”

After moving to New York City in 1993, McKay completed his first feature film, “Girls Town,” which won the Filmmakers Trophy and a Special Jury Prize for Collaboration at the 1996 Sundance Film Festival. His second feature as a director was “Our Song,” which premiered at Sundance in 2000 and was distributed theatrically in the U.S. by IFC Films. His third feature, “Everyday People,” was selected as the Opening Night Film of the New Directors/New Films festival in 2004 and was broadcast on HBO. His fourth feature, “Angel Rodriguez,” premiered at the Toronto Film Festival in 2005, had its U.S. premiere at New York’s Museum of Modern Art and was broadcast on HBO in 2006.

“Our Song” will be screened at Ciné Nov. 17 at 2 p.m., followed by “Angel Rodriguez” at 4:30 p.m. McKay, Daley and other guests to be announced will participate in a panel discussion on the relative merits of working in film and television on Nov. 18 at 1:25 p.m. in the Balcony Theatre of the UGA Fine Arts Building. The festival will conclude with an 8 p.m. screening of “American Movie” in the UGA Tate Student Center Theatre.

As an Athens resident, McKay was active in various community organizations, and he has continued to support local public education and anti-poverty efforts. Proceeds from the festival will go to Whatever It Takes, a nonprofit initiative whose mission is to ensure that all Athens students receive a post-secondary education.

The Spotlight on the Arts festival is presented by the UGA Arts Council, of which the Willson Center is a participating unit. More than 60 events are scheduled during the nine-day festival in November. For more information, see http://arts.uga.edu/. For more information on the Willson Center’s Spotlight on the Arts programming, see http://willson.uga.edu/calendar/cat_ids~43/.