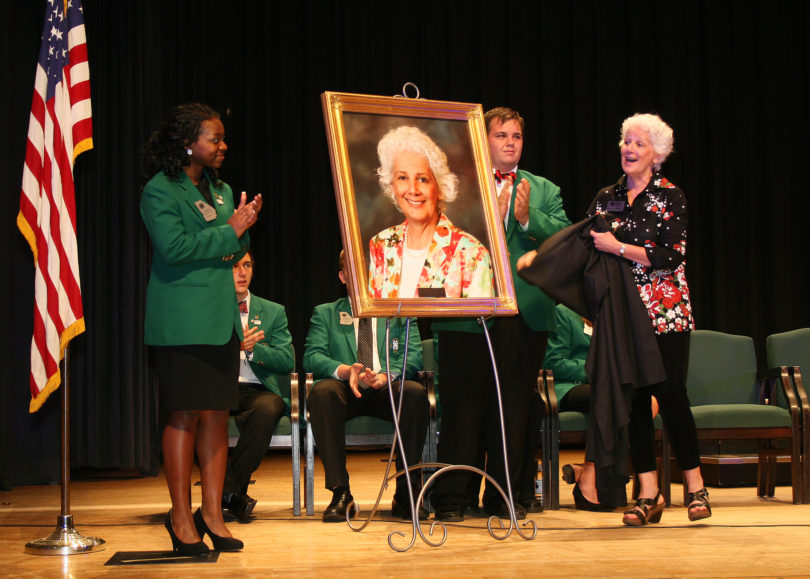 Athens, Ga. – Beverly Sparks will retire June 30 after serving for seven years as director of University of Georgia Extension. She is the first female to lead the organization.

Sparks spent 32 years working in Extension, first as an entomologist in Texas and Georgia conducting research, publishing papers and educating Extension agents and then in leadership roles with UGA Extension.

She is happy to be retiring at a time when Georgia Extension is on what she calls “a fast trajectory.”

“I’m proud to know we are just as important now as we were in the past,” said Sparks, whose official title is associate dean for Extension in the College of Agricultural and Environmental Sciences. “There are always going to be new problems, and our relevance is still there. We have new agents that learn in different ways, and they will teach in different ways.”

As the first female to lead UGA Extension, Sparks is often viewed as a trailblazer. She doesn’t agree with that label.

Plus, Sparks said she wasn’t raised to see gender differences.

“I grew up in a household where my brother made the best cheesecake in the world, and he did his own laundry. We never had those gender-specific limitations,” she said.

She returned to Georgia in 1989 as the UGA Extension entomologist. Her work focused on fire ants and other ornamental and turf pests. She worked closely with the structural pest control industry and trained UGA county agents, her favorite aspect of the job.

In 2000, Sparks became director of UGA Extension’s Northeast District. In 2005, Sparks took another step up the administrative ladder and became interim director of Extension before officially assuming the post in 2007.

“Dr. Beverly Sparks has led Cooperative Extension through periods of growth and decline. Through both, she has shown determination and skill to make Extension the best it can be as it serves the citizens of Georgia,” said Scott Angle, dean and director of the UGA College of Agricultural and Environmental Sciences. “Most importantly, her grace and tact have held the organization together during some very difficult times; as the economy improves, Extension is once again poised to assume its position as one of the very best. The university, college and agriculture all owe Dr. Sparks our thanks.”

Looking back over her Extension career, Sparks only has one regret—that she wasn’t a Tift County 4-H’er.

“We were only supposed to be in Tifton for a year so I wasn’t active in 4-H. But I was friends with Pat Barkaloo’s students,” she said. “What a missed opportunity that was. 4-H benefits so many kids, especially ones that are introverted like me.”

CAES Assistant Dean for Extension Steve Brown will serve as acting associate dean for Georgia Extension until Sparks’ replacement is selected through a national search.