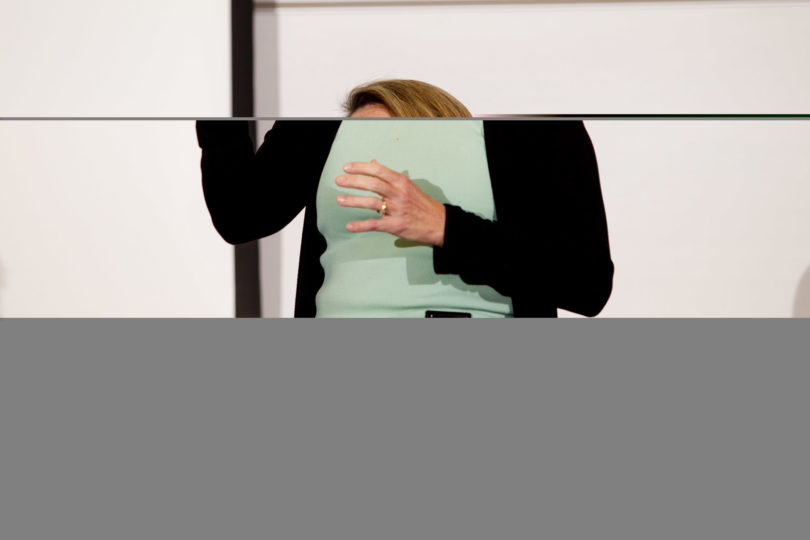 Athens, Ga. – Something is killing American bald eagles, and Susan Wilde is determined to find out what. An assistant professor in the University of Georgia Warnell School of Forestry and Natural Resources, Wilde has a theory about the silent killer of America’s most famous birds. She thinks their food is killing them, causing avian vacuolar myelinopathy, with deadly brain lesions and neurological problems.

“Now that the bald eagle is no longer on the endangered species list, we want to ensure that this expanding threat does not endanger future eagle recovery,” Wilde said.

Wilde, an aquatic ecologist, said she is drawn to researching AVM because it requires an interdisciplinary approach to understand and manage aquatic resources.

“I enjoy collaborations with other scientists with different approaches and expertise and believe that we are all more effective working together,” she said.

AVM is not a new problem. First identified in Arkansas in 1994 with the discovery of 29 dead eagles over two years, AVM deaths have both increased in number and fanned out across the country.

What makes this disease particularly troubling to Wilde is that if her theory is right, then the neurotoxin that causes AVM can be found in plants that are in hundreds of lakes across the Southeast. She suspects that cyanobacteria, or blue-green algae that is coating the leaves of aquatic plants, is the true culprit.

Coots-a favored meal for eagles-eat the algae when they consume aquatic plants. Eagles in turn eat the infected coots, and a deadly circle is born. Wilde, who joined the Warnell faculty in 2008, has been studying this troubling phenomenon for years, even before coming to UGA. She worked for the South Carolina Department of Natural Resources examining known AVM sites when she first began to suspect that the dark algae spots on the leaves of hydrilla could be to blame. Since starting down this research path, she’s confirmed that every AVM site also has invasive plants (like hydrilla) with that cyanobacterial coating.

Wilde, her post-doctoral associate Rebecca Haynie and four graduate students make up the AVM research team. They’ve been establishing cultures of Stigonematales-the cyanobacteria is in this order-and genetically confirmed that the algae is in five new locations, including water supply reservoirs in Henry County, Ga., and Lake Tohopekeliga in central Florida.

They continue to take samples from known AVM sites and survey water bodies throughout the U.S. to determine how far cyanobacteria has spread. Lake and reservoir managers are anxious to find a management solution to the expanding threat to AVM disease to wildlife, and Wilde’s lab has begin testing whether removing hydrilla from AVM disease sites will eliminate bird deaths.