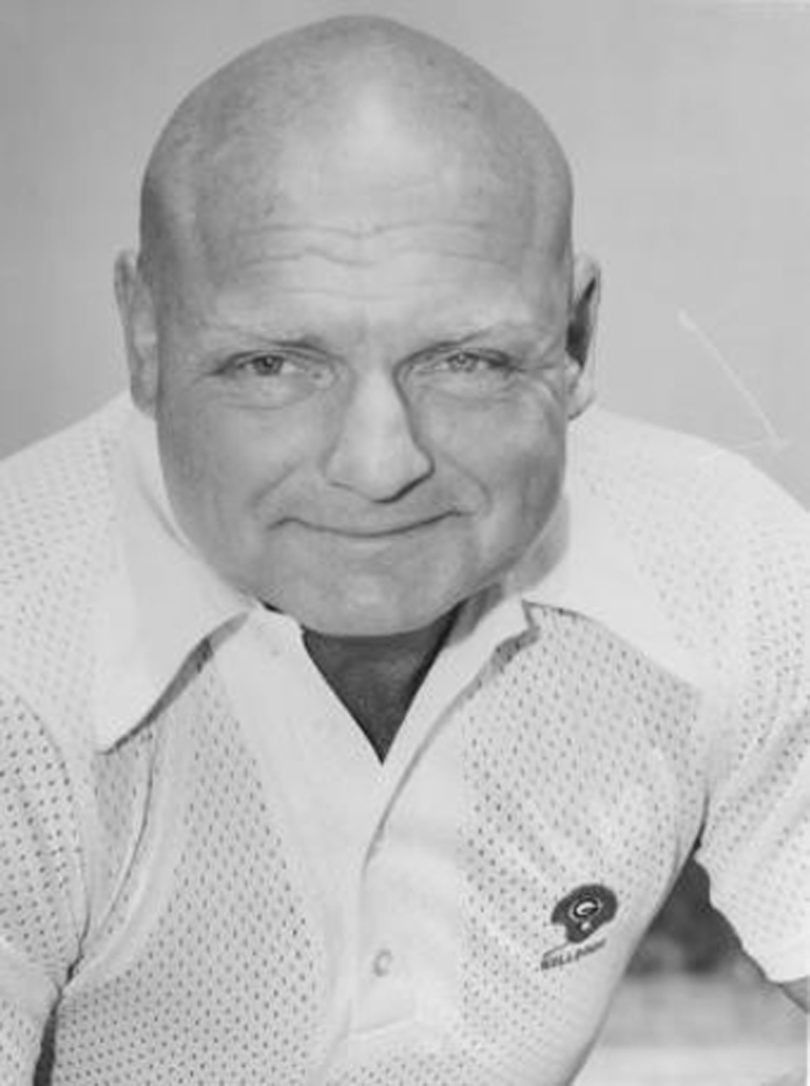 Legendary football coach Erk Russell, who led UGA’s “Junkyard Dawgs” defense and built a small-­college powerhouse of his own at Georgia Southern University, died Sept. 8 after an apparent stroke in Statesboro. He was 80.

“Erk Russell is an icon of Georgia football history, and we join all the Bulldog Nation in mourning his passing,” UGA President Michael F. Adams said. “I had come to know him over the years and have great respect for his many contributions to the university and its football program. His tenacity, combined with a loving spirit, inspired loyalty in his players, fellow coaches, and all who love the University of Georgia.”

“Coach Russell touched the lives of so many people,” said Damon Evans, director of athletics. “His status as a hard-nosed defensive coordinator at the University of Georgia will always be remembered. Erk truly embodied what it means to be a Georgia Bulldog.”

“Erk and I coached together at Auburn as assistants and were a close team for 17 years at Georgia,” said Vince Dooley, former UGA football coach and director of athletics. “To say that Erk was a great coach doesn’t do him justice.

He had a wonderful sense of humor, combined with a tremendous ability to motivate. He had a unique ability to relate to players in a very special way and was the epitome of a players’ coach.”

Russell spent 17 years as UGA’s defensive coordinator and became a symbol of Bulldog toughness by literally going head to head with helmeted players during practices. Blood streaming down his bald head was not an uncommon site.

“Erk coached through motivation not intimidation as some thought,” said Loran Smith, Georgia Radio Network sideline reporter and longtime executive secretary of the Georgia Bulldog Club. “He had the most remarkable ability to make everybody feel good. Secretaries loved him. Custodians loved him. Most of all, his players loved him, which is why the least talented athlete could make a contribution if it was only for one play or one series. He felt that defense was reaction and recognition. He could motivate a kid with heart and an appreciation for team play to help Georgia win championships. . . He was the heart and soul of Georgia football for the years he was here.”

Russell left UGA following the national championship season of 1980 to resurrect the football program at Georgia Southern. The Eagles had not fielded a team since 1941, but Russell led them to Division I-AA national titles in 1985, 1986 and 1989. Russell went 83-22-1 in eight seasons as the Eagles coach. He was a three-time I-AA national coach of the year.

Born July 23, 1926, in Birmingham, Ala., Russell was a four-sport letterman at Auburn. He began his coaching career at Grady High School in Atlanta, and then had stints as an assistant at Auburn and Vanderbilt before he joined Dooley’s first staff at UGA in 1964.