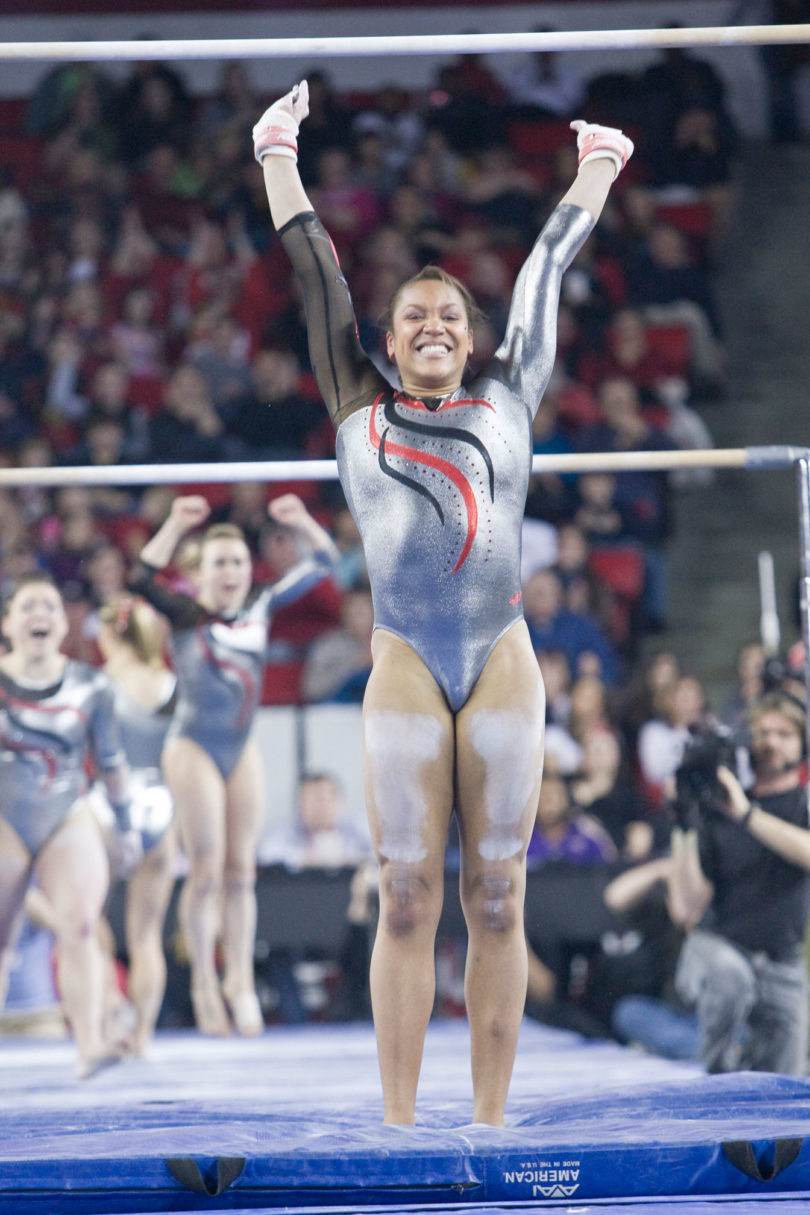 Former Gym Dog Marcia Newby graduated in May and plans to start medical school next fall.

Newby has balanced a 3.9 grade point average while majoring in biological science and preparing for medical school, and she was recently named 2010 Arthur Ashe Jr. Female Sports Scholar of the Year by Diverse Magazine.

The magazine award highlights top scholar-athletes from across the nation. Newby was chosen as the ultimate winner in her gender from finalists selected from athletes ranging from soccer players with 4.0 GPAs to basketball players with 3.94 GPAs. It measures athletes’ success in the classroom, in athletics and in the community.

Newby said she didn’t have a secret to her good grades, but was very disciplined in getting her work done. She said it boiled down to good time management.

“I knew how much time I had to get things done, so I could still have time for fun,” she said.

Newby always carried a heavy backpack full of books with her in case she had a few minutes to read a chapter. She also had high expectations of herself and wanted to excel in gymnastics and the classroom.

“I’m an athlete. I wanted to be the best,” she said. “I hated losing and, to me, lower grades were the equivalent of losing.”

“Sports is not what defines us,” she said. “It’s important to be well-rounded athletes.”

So team members helped each other study.

Since diversity is the focus of the magazine giving her the award, Newby said that her 5-foot-7-inch height was the obstacle she had to overcome in gymnastics.

Newby said that gymnasts were often told that they were too tall to advance competitively.

“People can tell you you’re too tall, but it’s up to you,” she said. “People don’t know your future. You decide that on your own.”

And after 16 years of gymnastics, she said she’s glad to be done with the sport and is now moving in a different direction.

Newby is currently working on applying to medical school with plans to start in fall 2011. She thinks her discipline and gymnastics training will translate well into medical school. She hasn’t picked a specialty for medical school, but would like to stay involved in sports-related medicine.

In addition to medical school applications, she’s also planning an Aug. 14 wedding to former UGA football player Demiko Goodman. She’s not practicing vaults and studying biology anymore but laughs that her current projects “take up just as much time.”