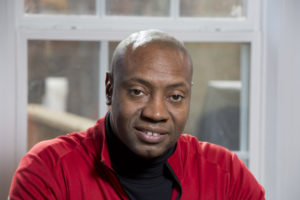 J. Marshall Shepherd, Georgia Athletic Association Distinguished Professor and director of the atmospheric sciences program in Franklin College, is the recipient of the American Association for the Advancement of Science’s 2020 Mani L. Bhaumik Award for Public Engagement with Science.

Established in 1987, the award recognizes scientists and engineers who demonstrate excellence in their contribution to public engagement with science. In 2019, the award was endowed by quantum physicist Mani L. Bhaumik.

Shepherd received the award during the 186th AAAS Annual Meeting in Seattle in February. Because his efforts to limit his personal carbon footprint include avoiding airplane trips, Shepherd accepted the award remotely.

Shepherd is chair of the NASA Earth Science Advisory Committee and former president of the American Meteorological Society.