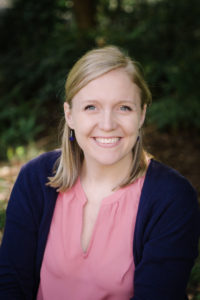 Rachel Roberts-Galbraith, a faculty member in the Franklin College of Arts and Sciences, has received the 2019 McKnight Scholar Award, which recognizes scientists in the early stages of their careers working in the field of neuroscience. An assistant professor of cellular biology, Roberts-Galbraith is the first UGA faculty member to receive the award.

Roberts-Galbraith’s lab studies the regeneration of the central nervous system in flatworms called planarians. Planarians can regenerate their entire brain after amputation. By studying the regeneration of neurons on a simple and basic level in nature, Roberts-Galbraith hopes to learn how to apply the same concepts to human regeneration. This research could lead to major medical advancements in treating victims of stroke, Alzheimer’s disease and Parkinson’s disease.

Over the next three years, Roberts-Galbraith will receive $75,000 per year to continue her research in these areas. The McKnight endowment seeks to support researchers working on problems that would have significant impact if solved.