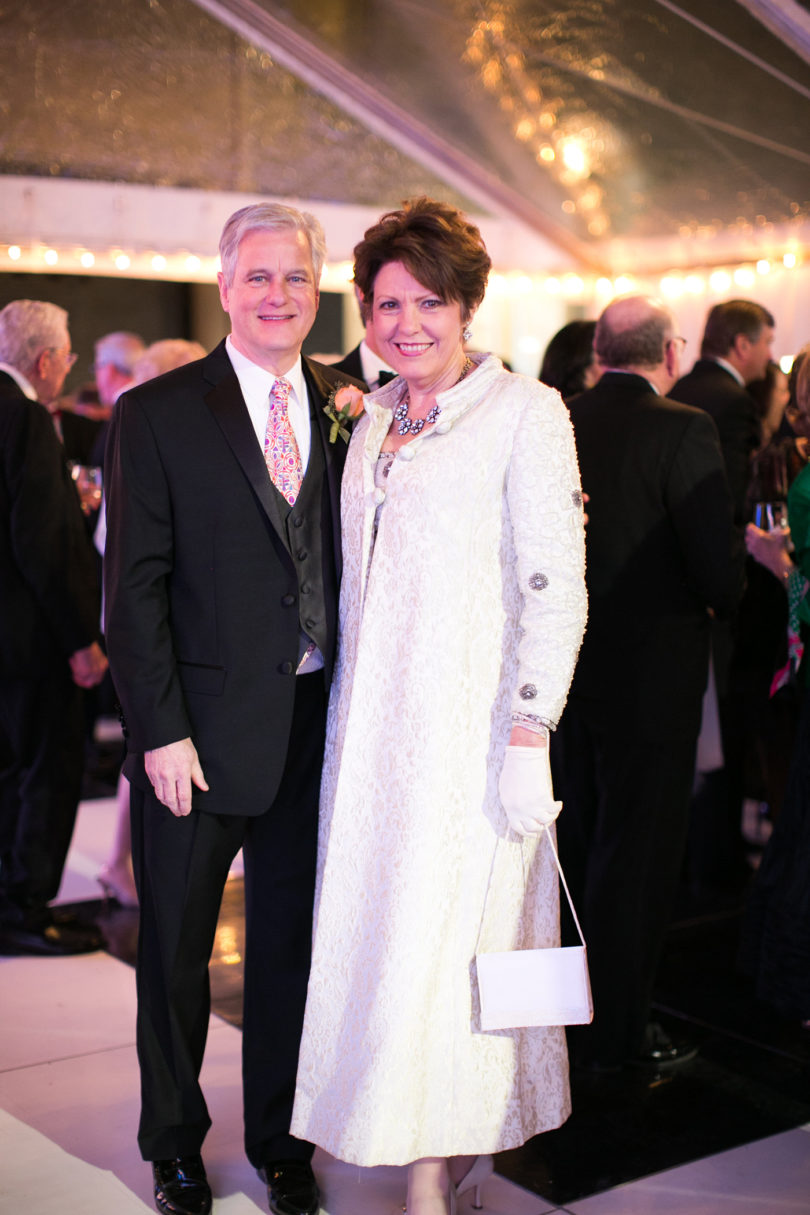 Focusing on the museum’s distinction as the official state museum of art and celebrating Georgia’s rich heritage of art, agriculture and natural beauty, the event was co-chaired by David Matheny and Michael Montesani. The museum relies on private donations to fund educational programming and exhibitions, as well as to keep admission free, and Elegant Salute is vital to that process. The Friends set a goal of raising $155,000 in ticket sales and cash sponsorships this year but exceeded that ambitious goal by $13,000.

“I am thrilled that the Friends met and exceeded our fundraising goal for the event,” said Michele Turner, the museum’s director of membership. “Our boards and supporters played an integral role in that success. We are lucky to have the local, statewide, regional and even national support that enables us to assist with the museum’s exhibitions and educational programming.”

Guests proceeded into the M. Smith Griffith Grand Hall for dinner catered by Epting Events featuring Georgia products including pecans and peaches. After dinner, guests returned to the garden to witness a change of décor for dessert and dancing. DJs Alfredo and Zdog provided music for this after-party, themed “Get Your Pucci On” in honor of the museum’s “Emilio Pucci in America” exhibition. Edwards and Long put together a fashion parade with models dressed in Pucci’s creations and narrated by Mary Koon, guest curator of the exhibition. Many guests also wore Pucci-themed attire.

Museum director William Underwood Eiland recognized M. Smith Griffith, informally known as “Smitty,” as honorary chair. Griffith founded the event nearly 30 years ago, in 1986, as a way to attract donations and attention to the museum, a cause that has been dear to her heart since before 1973, when she co-founded the Friends.