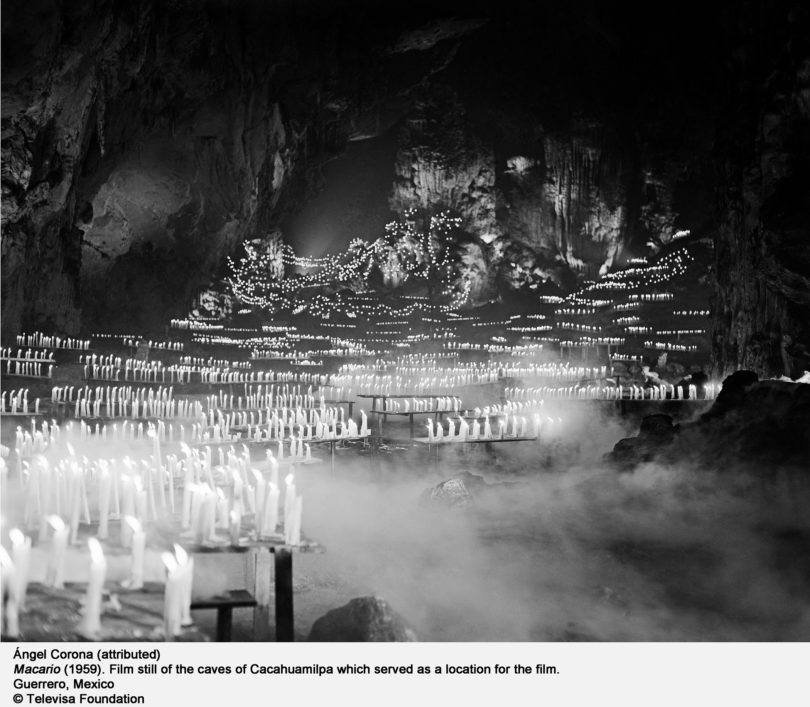 Macario will be shown July 23 at the Georgia Museum of Art.

Athens, Ga. – The Georgia Museum of Art at the University of Georgia will screen four films this July in conjunction with its exhibition “El Taller de Gráfica Popular: Vida y Arte.”

The Taller de Gráfica Popular was a printmaking collective working in Mexico in the mid-20th century, creating images of revolution, resistance and unity against Nazi and fascist ideas on fliers and posters.

The ¡Viva Mexico! film series will include four films on four consecutive Thursdays in July to contextualize the prints in the exhibition, giving visitors a better understanding of the history of Mexico and the work of the printmaking collective within it. All films are free and show at 7 p.m. in the museum’s M. Smith Griffith Auditorium. This film series is sponsored by UGA Parents & Families Association.

July 9
“An Artful Revolution: The Life and Art of the Taller de Gráfica Popular” is a documentary that explores the lives and art of the artists of the printmaking collective that began in the 1930s in Mexico City. This short film (28 minutes) will be followed by a gallery discussion in the exhibition led by Carissa DiCindio, curator of education, and Melissa Harshman, printmaking chair at the Lamar Dodd School of Art.

July 23
“Macario” was the first Latin American film to be nominated for an Academy Award in the category of foreign language films. Set around the time of the Mexican Revolution, it follows Macario, a poor and hungry peasant who hopes for a good meal on the Day of the Dead. After his wife cooks a turkey, he meets apparitions of the devil, God and death-each requesting a share of the meal. He refuses all but Death, who in return grants him a bottle of water that heals any illness. Soon, Macario is wealthier than the village doctor, which draws the attention of the feared Inquisition. Prints by collective founder Leopoldo Méndez are featured in the opening credits. This film is in Spanish with English subtitles.

July 30
“María Candelaria” was the first Mexican film to be screened at the Cannes International Film Festival and the first Latin American film to receive its Grand Prix (now known as the Palme d’Or). It remains one of the most beloved films in Mexican cinematic history. The film focuses on María, a young woman who suffers because her fellow peasants mistakenly believe her to be wicked like her mother was. She stands as a symbol for the innocence, beauty and dignity of the indigenous Mexican people. This film is in Spanish with English subtitles.