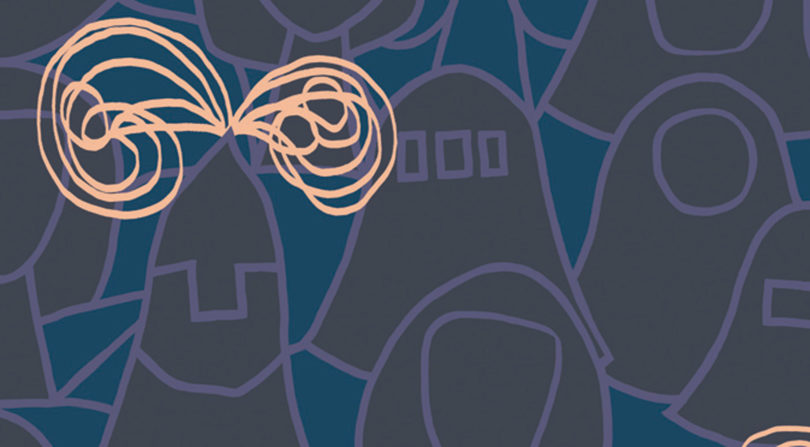 Athens, Ga. – The Young at Art committee of the Friends of the Georgia Museum of Art at the University of Georgia will present an opening reception for the exhibitions “To Make a World: George Ault and 1940s America,” “A Divine Light: Northern Renaissance Paintings from the Bob Jones University Museum & Gallery” and “Pattern and Palette in Print: Gentry Magazine and a New Generation of Trendsetters” on March 23 from 5:30 – 8:30 p.m. in the M. Smith Griffith Grand Hall at the Georgia Museum of Art. Admission is free for members of Young at Art, which is a subgroup of the Friends, $5 for regular Friends members and $15 for the general public. Reservations are requested by March 17 and can be made by calling 706/542-0830 or emailing sgeorge1@uga.edu.

Attendees are encouraged to dress the part in silhouettes from the 1940s and 1950s in a celebration of George Ault’s depictions of Russell’s Corners from 1943 to 1948; the founding of the Bob Jones University Museum & Gallery in 1951; and the publication of Gentry magazine from 1951 to 1957. The reception will be catered by Five and Ten, with light hors d’oeuvres and a period cocktail chosen from Gentry magazine.

“The forties and fifties theme of this event is a fun way to celebrate three very different exhibitions,” said Mary Koon, GMOA editor and co-curator of Pattern and Palette. “We hope it will show attendees the benefits of becoming a member of the Friends of the Georgia Museum of Art and draw new members.”

The public will have the opportunity to sign up for a Friends membership at the event.

“To Make a World: George Ault and 1940s America” is the first major exhibition of Ault’s work in more than 20 years. It centers on four paintings Ault created between 1943 and 1948 depicting the crossroads of Russell’s Corners in Woodstock, N.Y. The mystery in Ault’s series of nocturnes captures the anxious tenor of life on the home front. “To Make a World: George Ault and 1940s America” is organized by the Smithsonian American Art Museum with generous support from Dolores and John W. Beck, Joan and E. Bertram Berkley, the Diane and Norman Bernstein Foundation, Janet and Jim Dicke, Sheila Duignan and Mike Wilkins, Barney A. Ebsworth, Tania and Tom Evans, Kara and Wayne Fingerman, Furthermore: a program of the J. M. Kaplan Fund, Wolf Kahn and Emily Mason Foundation, Joffa and Bill Kerr, Robert S. and Grayce B. Kerr Foundation, John and Gail Liebes Trust, Paula and Peter Lunder, Betty and Whitney MacMillan, Margery and Edgar Masinter, Oriana McKinnon, Susan Reed Moseley, and Betty and Lloyd Schermer. Additional funding is provided through the museum’s William R. Kenan Jr. Endowment Fund and Gene Davis Memorial Fund. The C.F. Foundation in Atlanta supports the museum’s traveling exhibition program, Treasures to Go.

Organized by the Frist Center for the Visual Arts in Nashville, Tenn. and the Bob Jones University Museum & Gallery in Greenville, S.C., “A Divine Light” presents 28 works of art from one of the finest collections of Old Master Paintings in the Southeast. This exhibition explores the ways in which Northern Renaissance artists expressed the central mysteries of the Christian faith through setting, pose, gesture and objects of everyday life.

“Pattern and Palette in Print: Gentry Magazine and a New Generation of Trendsetters” is an exhibition that showcases a collaboration with undergraduate fabric design students at UGA’s Lamar Dodd School of Art with inspiration taken from the 1950s men’s lifestyle magazine Gentry. Included are all 22 Gentry magazine covers, as well as the student patterns and a book of original color forecasts for 1949 to 1954.

The Friends of the Georgia Museum of Art, Five and Ten and the Lamar Dodd School of Art are cosponsors this event. To learn more about becoming a member of the Friends, Young at Art or about renewing your membership, see www.georgiamuseum.org.