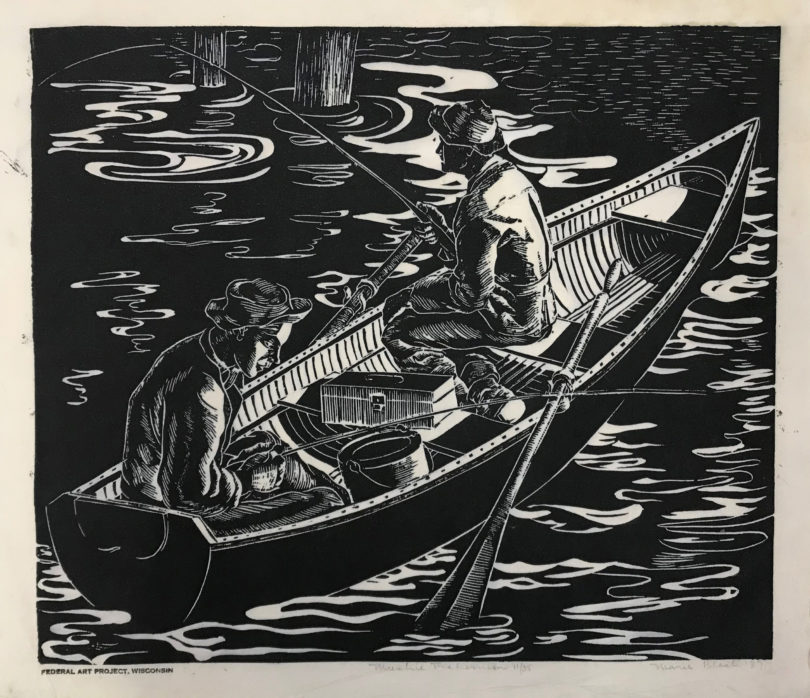 The exhibition is a substitute for canceled Blue Star Museums project

Every summer, the Georgia Museum of Art at the University of Georgia participates in Blue Star Museums, a program organized by the National Endowment for the Arts that offers free admission and special discounts to military personnel and their families from Armed Forces Day through Labor Day. Blue Star Museums is a collaboration among the NEA, Blue Star Families, the Department of Defense and museums across the United States. Each summer since 2010, Blue Star Museums have offered free admission to the nation’s active-duty military personnel and their families, including National Guard and Reserve.

This year’s version of Blue Star Museums is canceled, due to COVID-19, but the museum decided to create a new online exhibition to take its place. “Recognizing Artist Soldiers in the Permanent Collection” went on view on the museum’s website over Memorial Day weekend and will run indefinitely. In its first version, the exhibition includes artists who served in conflicts from the Revolutionary War through World War II, as well as one who served in the 1950s, but the museum plans to expand it in the future.

Each work of art includes details about the artist’s military service, from Paul Revere’s use of engineering skills to measure cannonballs to James McNeill Whistler’s expulsion from West Point for long hair and a bad attitude to war artists like John Singer Sargent and William Aylward. The painter Jacob Lawrence was drafted into the U.S. Coast Guard during World War II. At first, he served in a segregated regiment, but in 1944 he joined the first racially integrated crew on the cutter Sea Cloud. He worked as an artist to document military life as he traveled to Europe with the crew. The exhibition highlights these stories and others.

“Recognizing Artist Soldiers” does not present a complete list of all the artists in the museum’s collection who served in the military, but the museum plans to expand the online exhibition as it discovers others or obtains photographs of some works in its collection that have not been photographed yet. Most of the artists it includes are American, but some, like Pierre Daura, Jean Dufy and Ernst Kirchner, are not. The exhibition also contains a link to a contact form through which visitors can submit ideas for other artists to include. “Recognizing Artist Soldiers” can be viewed online at georgiamuseum.org.