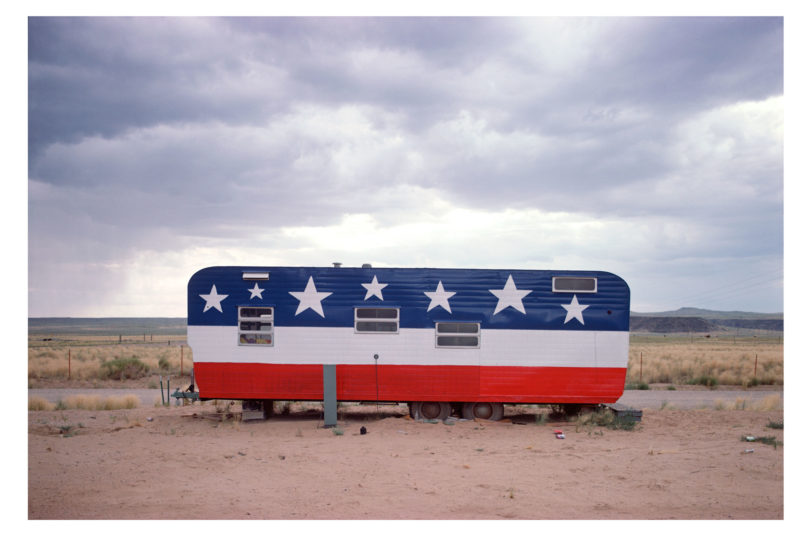 More than 60 photographs of American culture by artist John Baeder are on display in the John Baeder exhibition at the Georgia Museum of Art until July 22. The exhibition consists of three sections of Baeder’s work: American Roadside, Signs as Folk Art and a selection of black-and-white photographs of Atlanta from the early 1960s.

Organized by Paul Manoguerra, chief curator and curator of American art at the GMOA, the three sections begin with Baeder’s photographs of Atlanta, which began with the artist’s compulsive photography with a Brownie camera as a teenager. He recorded objects and places that interested him in his native city, including vintage vehicles. As a young adult, Baeder investigated the depths of Atlanta, where he captured and recorded a community in transition.

Signs as Folk Art features 20 photographs of handmade street signs from across the country that Baeder took during the course of more than 30 years.

Born in 1938 in South Bend, Ind., Baeder is best known for his photorealist paintings and prints of mid-century diners. Originally considered mere source material for his paintings, Baeder’s photographs have emerged as stand-alone works of art. He attended Auburn University as an undergraduate and made frequent trips between Atlanta and Alabama, often committing to memory what he saw on the road.

“In his photographs, he takes a close look at everyday objects, structures and landscapes,” said Manoguerra. “He attempts to get the viewer to have a greater appreciation of our shared visual culture.”

The museum will present several events in association with the exhibition, including a Family Day with a road trip theme June 9 and a film series on Thursdays from
June 7 through June 28.