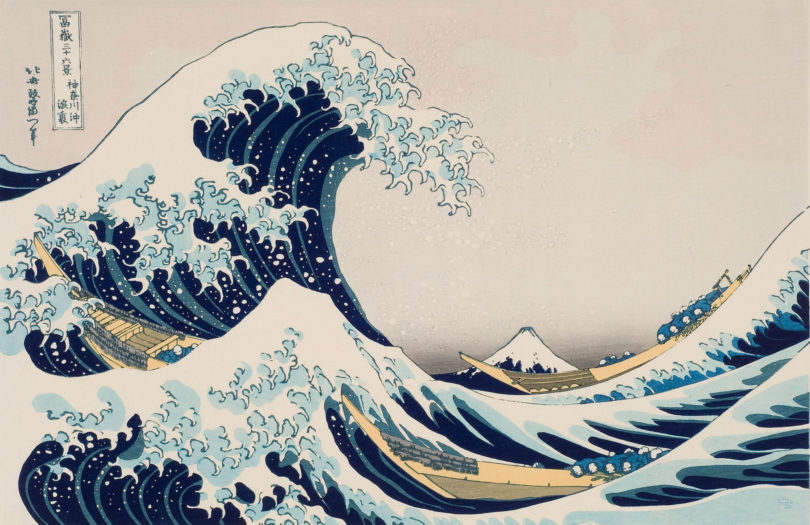 Athens, Ga. – The Georgia Museum of Art at the University of Georgia will present the focused exhibition “Water Music” in its Alonzo and Vallye Dudley Gallery, dedicated to time-based media, from Feb. 2 to March 10. Drawing from private collections and from the permanent collection of the Georgia Museum of Art, “Water Music” will bring together diverse visual perspectives on the theme of water and the idea of water music.

A group of conceptual art objects makes up the core of the exhibition-most of them playing on the title of George Frideric Handel’s famous collection of orchestral movements, including works by Christian Marclay and Yoko Ono-juxtaposed with more traditional seascape paintings and prints, ranging from 19th-century American Luminist A.T. Bricher to the post-World War II photorealist Richard Estes. The exhibition will also feature a listening station with Handel’s “Water Music” (1717) and more recent musical responses, such as John Cage’s “Water Music” (1952) and Ned Sublette and Lawrence Weiner’s “Remixed Water” (2005).

Handel composed the suites at the request of King George I of England, and they were performed from a barge on the River Thames. Marclay’s “Bottled Water” makes use of magnetic tape from his installation “Tape Fall” (1989), composed from the sounds of dripping water. Ono’s “We’re All Water” consists of scores in Japanese and English with lyrics that read, in part, “We’re all water from different rivers,/That’s why it’s so easy to meet./We’re all water in this vast, vast ocean,/ Some day we’ll evaporate together.”

Lynn Boland, GMOA’s Pierre Daura Curator of European Art, said, “This is a pet-project I’ve wanted to realize for some time and the English Concert’s upcoming performance of Handel’s ‘Water Music’ at UGA’s Performing Arts Center gave me the perfect opportunity.”

Events connected with the exhibition include Make It an Evening, one in a series of four collaborations between the museum and the UGA Performing Arts Center. On Tuesday, Feb. 19, from 6 to 8 p.m., visitors can enjoy coffee, dessert and free gallery tours, including one of “Water Music” led by Boland, at the museum before the English Concert’s performance in Hodgson Hall. Hailed as one of the finest chamber orchestras in the world, the London-based ensemble will perform a program that includes Handel’s “Water Music.” Jittery Joe’s coffee and Cecilia Villaveces’ cakes are available for $5 per person. Purchase tickets for the concert at http://pac.uga.edu/.
The museum’s quarterly open house, 90 Carlton: Winter, will be held Feb. 7 at 6 p.m. and will celebrate this exhibition as well as others.