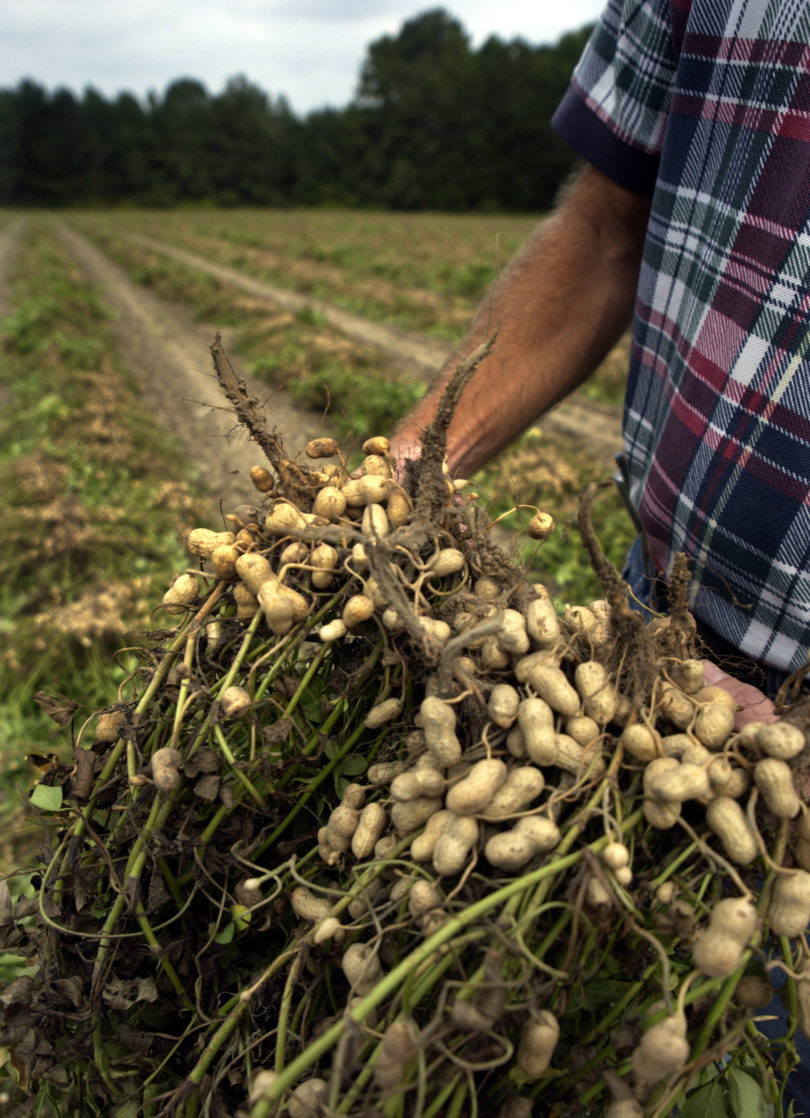 Athens, Ga. – University of Georgia peanut researchers have been granted $256,280 from the Georgia Peanut Commission to fund various peanut-related research projects in 2015.

Peanuts are Georgia’s second most valuable row crop, with farmers growing $891,855,186 worth in 2012. In addition to being a major economic driver throughout the Southeast, the legume is also crucial to the diets and livelihoods of millions of small farmers in Asia and Africa.

“We’re very thankful to the Georgia Peanut Commission for the $256,280 in support of our research and extension peanut team,” said Robert Shulstad, associated dean for research for the UGA College of Agricultural and Environmental Sciences. “Everything from breeding to weed control to pest management to marketing and policy is addressed by members of our peanut team to support the peanut industry in the state.”

The peanut commission funds will be used for 26 projects by researchers from UGA Extension and UGA’s departments of crop and soil sciences, entomology, plant pathology, agricultural and applied economics and food science.

About $89,000 will go to UGA’s peanut breeding programs, which develop peanut varieties that are hardier, more sustainable and disease-resistant. Much of this work leverages UGA’s recent research with the International Peanut Initiative, which released the first publicly available peanut genome sequence.

The remainder of the funds will be used to help farmers battle common peanut diseases and pests, improve cultivation strategies, better market peanuts and adopt the latest in peanut research to improve their crops.

“Growers have improved cultivars, technologies and better access to information, allowing them to be more efficient due to research,” said Jamison Cruce, the commission’s director of research and education. “With ever-increasing production and input costs, we must continue our funding trend to ensure the future of peanut farming in Georgia remains viable and economical.”

At 4,430 pounds per acre, the state average peanut yield in 2013 was the second highest in history, following on the heels of 2012’s state record of 4,580 per acre. A national study conducted by USDA National Agricultural Statistics Service shows peanut yields increased 23 percent from 2008 to 2012. All other major row crops increased two to four percent.

Peanuts are an important nutritional source of niacin, folate, calcium, phosphorus, magnesium, zinc, iron, riboflavin, thiamine and vitamin E. They are also a rich source of oil (44 percent to 55 percent), protein (20 percent to 50 percent) and carbohydrates (10 percent to 20 percent).

For a complete list of projects funded by the Georgia Peanut Commission, see http://www.americanpeanuts.com/gapeanuts/growerinfo/research/2014_15_gpcresearchapproved_web.pdf. For more information about the peanut genome sequencing project, see http://news.uga.edu/releases/article/first-peanut-genome-sequenced/.