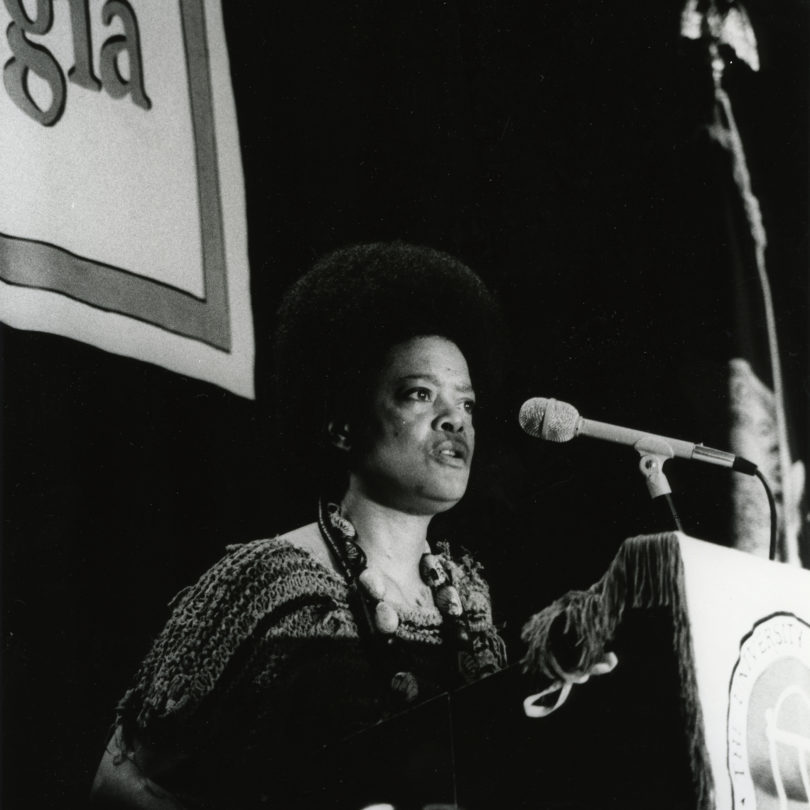 Athens, Ga. – Georgia’s poet laureate Judson Mitcham and the late Toni Cade Bambara will be inducted into the Georgia Writers Hall of Fame Nov. 11 at 10 a.m. on the University of Georgia campus. The ceremony will be held in the auditorium Richard B. Russell Building Special Collections Libraries.

A celebration of the inductees begins Nov. 10, with a reading from Mitcham at 4 p.m. also in the auditorium of the Russell Special Collections Building. The opening of an exhibit of Mitcham’s and Bambara’s work will begin at 5:15 p.m., followed by a reception.

Mitcham, a poet and novelist, is the only two-time winner of the Townsend Prize for Fiction. He was not formally trained as a writer. He earned his doctorate in psychology at UGA and spent his career as a psychology professor at Fort Valley State University where he taught for 30 years. His debut novel, “The Sweet Everlasting” (1996) and his second, “Sabbath Creek” (2004), were both published by the UGA Press. He also twice has been given the Georgia Author of the Year Award, for his first novel and “Somewhere in Ecclesiastes” (1991).

“In his novels and his poetry, Mitcham’s elegiac voice looks backward with fondness and discernment on a personal and regional past slipping rapidly beyond reach,” said Hugh Ruppersburg, interim vice provost and senior associate dean of the UGA Franklin College of Arts and Sciences.

Bambara is well known for her teaching and community service, in addition to her award-winning writing, which focused on African-American culture. Her first novel, “The Salt Eaters,” won the 1981 American Book Award and the Langston Hughes Society Award.

Born in New York City, Bambara lived in Atlanta for several stints in her career, including being writer in residence at Spelman College (1978-79), visiting professor in Afro-American Studies at Emory University (1975) and instructor at Atlanta University (1979). She died in 1995.

Bambara did not separate civil rights from the fight for women’s equality. In 1970, she published “The Black Woman,” an anthology that made connections between the two struggles and included fiction, non-fiction and poetry by such writers as Nikki Giovanni, Alice Walker and Bambara herself.

The Georgia Writers Hall of Fame is administered by the University of Georgia’s Hargrett Rare Book and Manuscript Library, which holds the most comprehensive collection of books by Georgians in existence along with the papers of many Georgia writers. For more information, see http://georgiawritershalloffame.org.