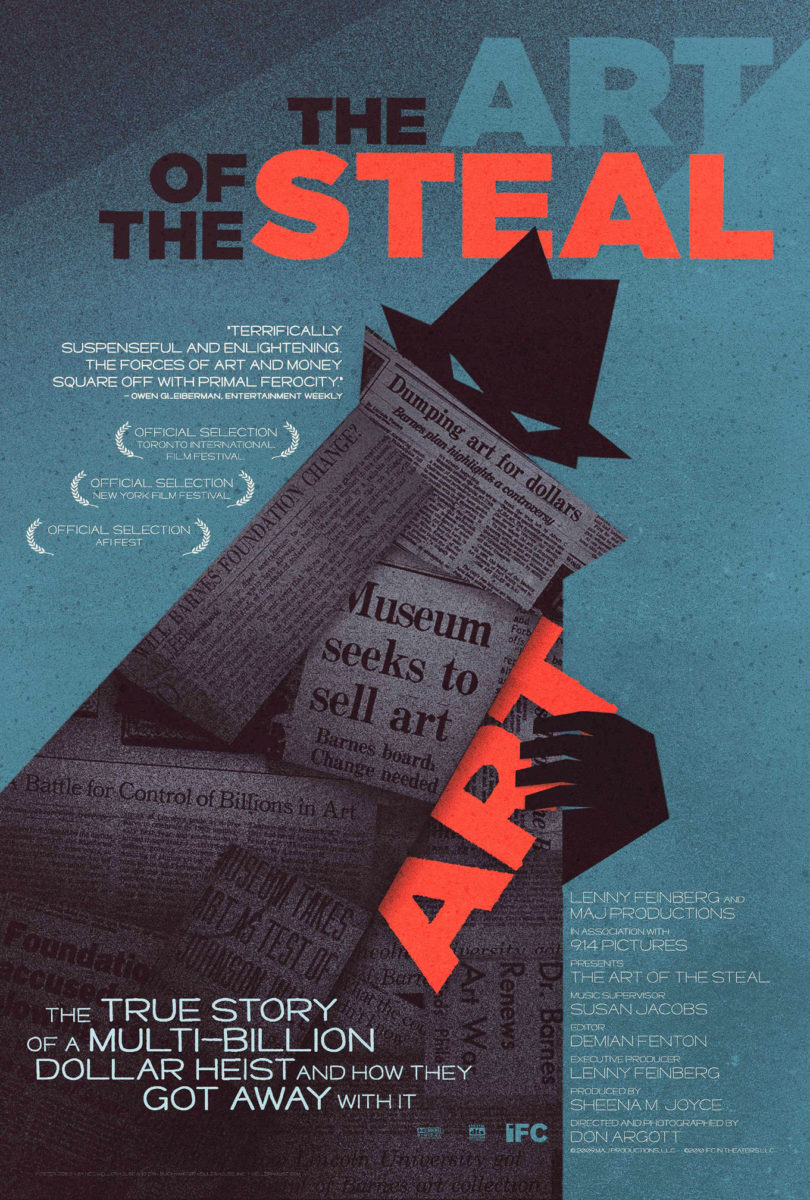 The poster for "The Art of the Steal"

The Georgia Museum of Art will present the Art and Intrigue film series in May and June. The three films focus on mystery, conspiracy and theft in the art world. All films will be shown in the museum’s M. Smith Griffith Auditorium at 7 p.m. on May 23, May 30 and June 6. They are open free to the public.

“This film series is something I have wanted to do since I started working at the museum two years ago, and an opening in our schedule finally popped up,” said Melissa Rackley, associate curator of education at the museum, who programmed the series.

The Art of the Steal, which will be screened May 23, is a documentary on the famous Barnes Foundation Collection in Pennsylvania, one of the finest collections of Impressionism in the U.S., and its relocation to Philadelphia against the wishes of its founder. The collection includes 181 paintings by Auguste Renoir, 69 paintings by Paul Cézanne, 59 paintings by Henri Matisse and 46 paintings by Pablo Picasso. Albert Barnes, who collected the works and created the Barnes Foundation as an educational institution, feuded with the Philadelphia art establishment during his life, and the filmmakers contend that the terms of his gift have been violated by the collection’s move to that city.

The documentary Stolen, which will be shown May 30, covers the break-in and theft on March 18, 1990, at the Isabella Stewart Gardner Museum in Boston. Thirteen of the most valuable works of art, including Jan Vermeer’s The Concert, were stolen in a crime that remains unsolved. The FBI continues to investigate the heist, and the Gardner has offered a reward of up to $5 million for information.

Exit Through the Gift Shop will close the series on June 6. Made by the street artist Banksy, the film focuses on Thierry Guetta, also known as Mr. Brainwash, a fan of the art form who ends up trying his own hand at it. Questions exist as to whether this film is a documentary or more along the lines of a “mockumentary.” Either way, it raises interesting issues about the increasing popularity of guerrilla public art, according to Rackley.