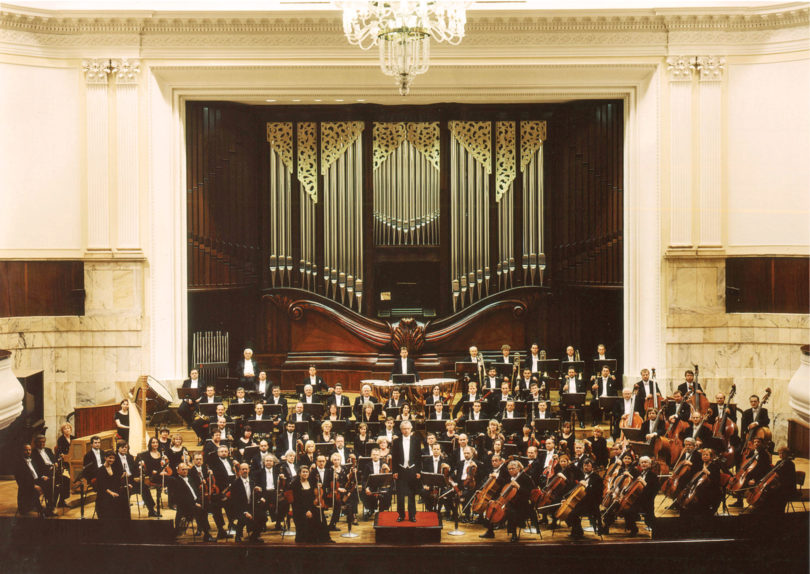 The Warsaw Philharmonic Orchestra will give a concert Nov. 1 at 8 p.m. in Hodgson Concert Hall of the Performing Arts Center. Tickets are $20-$59 with discounts for UGA students and groups.

Recognized as the National Orchestra of Poland, the Warsaw Philharmonic will be conducted by artistic director Antoni Wit in a program featuring Tchaikovsky’s Symphony No. 6, also known as the Pathétique Symphony. Award-winning pianist Yulianna Avdeeva will join the orchestra for a performance of Beethoven’s Emperor Concerto.

Warsaw Philharmonic Orchestra’s first concert was Nov. 5, 1901, in the newly built Philharmonic Hall. In its early years, the Philharmonic quickly achieved a high level of professionalism, attracting outstanding soloists and conductors from around the world. The Warsaw Philharmonic became the main center of musical activity in Poland and one of the major musical institutions in Europe.

Conductor Antoni Wit has been the managing director and artistic director of the Warsaw Philharmonic Orchestra since 2002. A native of Kraków, he was a prize winner in the 1971 International Herbert von Karajan Conducting Competition in Berlin, which paved the way for an international career directing major orchestras and opera companies around the globe.

Avdeeva, a Russian pianist, won first prize at the International Frédéric Chopin Competition in Warsaw in 2010. Since then, she has given debut performances with the New York Philharmonic and Tokyo’s NHK Symphony Orchestra.

Joanna Smolko will give a pre-concert lecture at 7:15 p.m. Smolko received her master’s degree in music composition from UGA and earned a doctorate in musicology at the University of Pittsburgh.

From 6-8 p.m. the Georgia Museum of Art (located next to the Performing Arts Center) will hold “Make It an Evening” with tours of the galleries for concertgoers. Jittery Joe’s coffee and desserts by Cecilia’s Cakes will be available for $7.50 per person. The “Make it an Evening” series continues Feb. 19, March 7 and March 26.