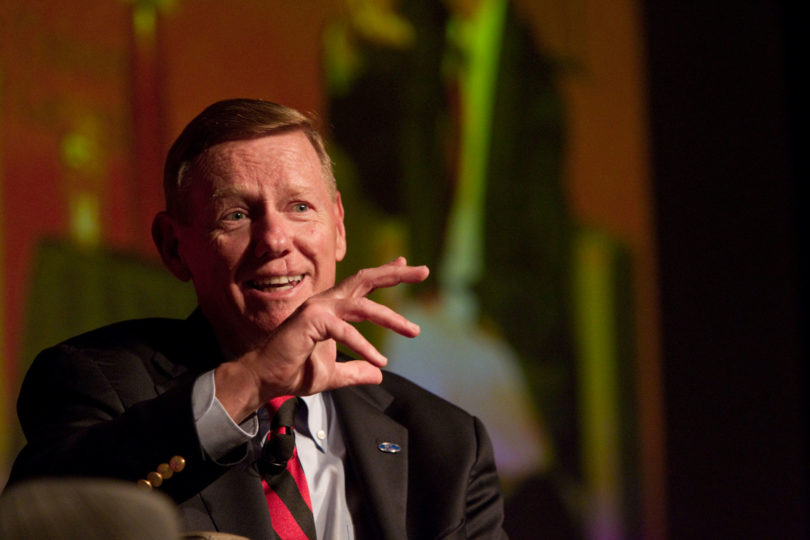 Alan Mulally, CEO and president of the Ford Motor Co., offered an array of career advice to UGA students when he visited campus Oct. 1.

Among the advice were the words Mulally’s mother gave him about humility.

“It’s nice to be important,” Mulally recited, “but it’s more important to be nice.”

Another piece of advice stated less explicitly was about the inherent value of doing your homework.

The car company executive said he drives a different car each night-in part to stay in touch with his company’s products. But, more surprisingly, he also takes turns driving the cars of Ford’s competitors.

Mulally, the CEO of the storied American car company, was on campus as part of the USA Today CEO Forum. Held each semester on a different college campus across the country, the forum allows business leaders to share their stories of success.

To begin the program, Mulally was interviewed by Mike Snider, the technology and entertainment reporter for USA Today for an article published in the Oct. 2 issue of USA Today’s Money section.

Among the topics Mulally discussed was how Ford recovered from the Great Recession through a commitment to making what consumers wanted.

After Snider’s interview, students were given the chance to ask wide-ranging questions from “How does it feel to have so much power?” to whether Ford might return to making airplanes as it did in the early part of the 20th century.

Mulally assured the audience that Ford vehicles would remain only on the road. He also said he viewed his role as a chance to serve his company, not to wield power.

There were also career advice questions from students like Wes Roberts, a finance major, and Eric Refour, who is majoring in computer engineering.

Mulally told students who would soon be looking for jobs to focus on developing technical and functional skills while also learning how to work well with others.

UGA President Jere W. Morehead called this opportunity to interact with one of America’s top business leaders a “rich out of the class experience” that should be embraced.

“Some of the very best moments at a university like ours comes at these special occasions,” Morehead said.

He also commended the collaboration between multiple campus groups that brought the event together.

The forum was presented by the Student Government Association, the University Union Student Programming Board, the Division of Student Affairs, the Terry College of Business, the College of Engineering, the Grady College of Journalism and Mass Communication and USA Today.