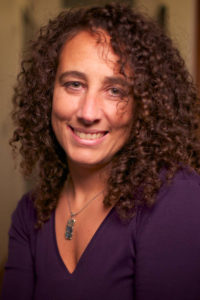 In recognition of the 2018 national Women’s History Month theme “Honoring Women Who Fight All Forms of Discrimination Against Women,” the Institute for Women’s Studies at the University of Georgia will be sponsoring numerous programs in March.

This year’s keynote address will be presented by Andrea J. Ritchie, Researcher-in-Residence on Race, Gender, Sexuality and Criminalization at the Social Justice Institute of the Barnard Center for Research on Women.

Her lecture, “Invisible No More: Police Violence Against Black Women and Women of Color,” named for her recently published book examining police brutality of women of color, will take place March 1 at 6:30 p.m. in Room 271 of the Richard B. Russell Building Special Collections Libraries. A book sale and reception sponsored by the Lucy Hargrett Draper Center and Archives for the Study of the Rights of Women in History and Law will immediately follow the lecture.

Over the past two decades, Ritchie has engaged in extensive research, writing and advocacy around the criminalization of women and lesbian, gay, bisexual and transgender people of color.

A nationally recognized expert and commentator on policing issues, Ritchie has testified before the President’s Task Force on 21st Century Policing, the White House Council on Women and Girls, the Prison Rape Elimination Commission and several United Nations Treaty Bodies. She is the co-author of numerous books and articles on the topic of police brutality against women and LGBT people of color and has served as lead counsel or co-counsel on many groundbreaking litigations challenging unlawful actions against the LGBT community.

The Institute for Women’s Studies also will continue its tradition of hosting a film festival during March featuring documentaries highlighting the often-untold stories of women fighting against discrimination and misrepresentation. Open free to the public, film screenings will take place at 6:30 p.m. in Room 271 of the special collections libraries.

This year’s film screenings include The Passionate Pursuits of Angela Bowen on March 5, Strange Justice: The Clarence Thomas and Anita Hill Story on March 19 and Miss Representation on March 26.

Women’s History Month is hosted by the Institute for Women’s Studies, part of the Franklin College of Arts and Sciences. Co-sponsors include the Lucy Hargrett Draper Center and Archives for the Study of the Rights of Women in History and Law; the College of Education; Franklin College; the Graduate School; the Institute of Higher Education; the education college’s lifelong education, administration and policy department; the Office of Institutional Diversity and the sociology department in Franklin College.