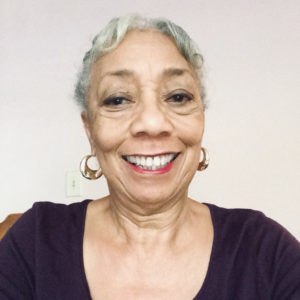 The African Studies Institute in conjunction with the Institute for African American Studies at the University of Georgia present the sixth International Conference on Africa and Its Diaspora Nov. 13-16 at the Tate Center on the UGA campus.

The theme for the conference is “Afrocentrism, Africanity and Emergence of the Global Africa Agenda.”

Featured speakers for the four-day conference include Alma Billingslea-Brown, professor emerita, founding faculty and former director of the African Diaspora and the World Program at Spelman College, and Ademola Dasylva, professor of African literature, University of Ibadan, Ibadan, Nigeria.

Participants from North America, Europe and Africa are scheduled to present more than 90 papers during the conference.

The theme of the conference is part of the commemoration of “400 years of the Introduction of Slavery into the Americas.”

“The 2019 conference will build upon the previous engagement with issues related to voluntary and forced migration of Africans across the world,” said Akinloye Ojo, associate professor of comparative literature and intercultural studies and director of the African Studies Institute. “The focus hitherto has been on the journey and the complicated issues of African identity negotiation in the berthing nations.

“Our goal is to bring scholars together to explore aspects of Afrocentrism (the ­emphasizing of African culture and contributions of Africans to the development of Western civilization) and Africanity (the certain learned way in which African peoples relate to one another, to the environment and to the universe) on the continent and within Africa’s near and distant Diasporas,” Ojo also said.

Billingslea-Brown will deliver the keynote address on Nov. 14 at 8 a.m. in the UGA Chapel.

Dasylva will deliver the plenary lecture on Nov. 15 at 8:30 a.m. in the UGA Chapel. The title of his lecture is “The African and the African Diaspora: Afrocentrism, Afropolitanism and the Challenge of Africanity.”

Conference presentations are free and open to UGA faculty and students.