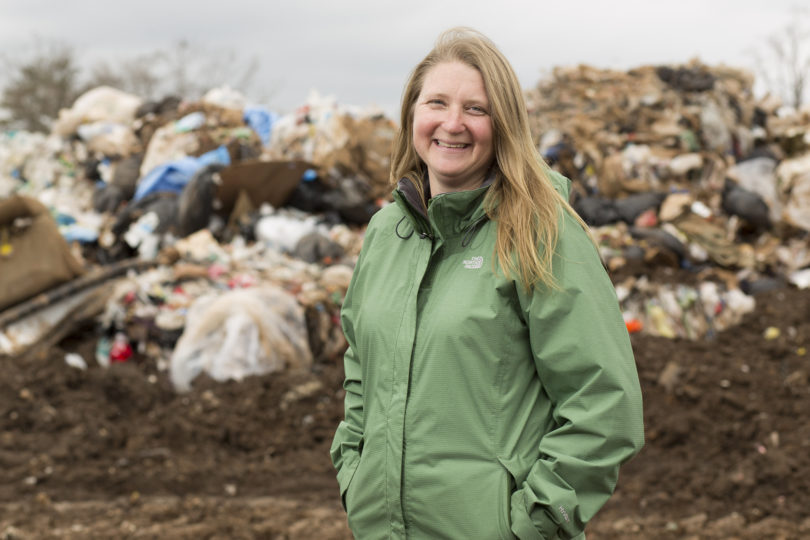 Valparaiso, Chile – An associate professor in the University of Georgia College of Engineering is in Chile this week where she will participate in a major international conference on protecting the world’s oceans.

Jenna Jambeck will be a featured panelist during a discussion of marine pollution at the second “Our Ocean” conference, which opens today in the Chilean port city of Valparaiso. More than 400 scientists, world leaders, businesspeople, environmentalists and philanthropists from 20 nations are expected to attend the event, including U.S. Secretary of State John Kerry and Prince Albert of Monaco.

Jambeck’s research on plastic waste in the world’s oceans attracted international attention earlier this year. She was the lead author of a study, first published in the journal Science, which estimated more than 8 million metric tons of mismanaged plastic waste finds its way into the oceans each year.

“We hold the key to the solutions to this problem and need to work together locally and globally,” Jambeck said. “By changing the way we think about waste, designing products considering their end of life, valuing secondary materials, collecting, capturing and containing our waste, we can open up new jobs and opportunities for economic innovation and, in addition, improve the living conditions and health for millions of people around the world and protect our oceans.”

Organizers say the goal of “Our Oceans” is to find solutions to deal with illegal fishing, marine plastic pollution, ocean acidification and its relation to climate change. The conference also seeks to encourage the creation of marine protected areas as a tool to protect the marine ecosystem.