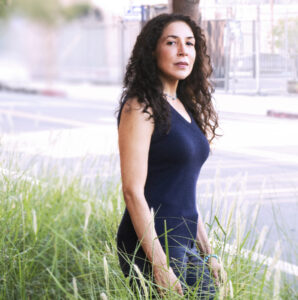 Toni Ann Johnson has been named this year’s winner of the Flannery O’Connor Award for Short Fiction. Her short story collection Light Skin Gone to Waste will be published by the University of Georgia Press in fall 2022.

Established in 1983, the Flannery O’Connor Award seeks to encourage talented writers of short stories by presenting their work to a wider readership. Annual winners of the competition are offered publication of a book-length collection and a $1,000 prize. The Flannery O’Connor Award has helped launch the literary careers of previous winners such as Ha Jin, Antonya Nelson, Rita Ciresi and Mary Hood.

Johnson is an accomplished novelist, screenwriter and playwright. Having grown up in Monroe, New York, in one of the first Black families to live there, many of Johnson’s short stories reflect her experience as a person of color. Johnson’s essays and short fiction have appeared in the Los Angeles Times, the Emerson Review, Xavier Review and many other publications. Her first novel, Remedy for a Broken Angel, was nominated for a 2015 NAACP Image Award. Her novella Homecoming won Accents Publishing’s novella contest and was published in May 2021. Johnson has won the Humanitas Prize and the Christopher Award for her screenplay of the ABC film Ruby Bridges, as well as a second Humanitas Prize for Crown Heights, which aired on Showtime Television. She also co-wrote the popular dance movie Step Up 2: The Streets. Johnson has been a Sundance Screenwriter’s Lab Fellow, a Callaloo Writer’s Workshop Fellow (2016), and she’s received support for her writing from The Hurston/Wright Foundation, The Prague Summer Program for Writers, and the One Story Summer Conference.

Flannery O’Connor series editor Roxane Gay said of the collection, “Toni Ann Johnson’s Light Skin Gone to Waste is one of the most engrossing short story collections I’ve read in recent memory. These interconnected stories about a black family living in a predominantly white suburb of New York City are impeccably written, incisive, often infuriating and unforgettable. At the center of many of these stories is Philip Arrington, a psychologist who tries to reshape the world to his liking as he moves through it, regardless of the ways his actions affect the people in his intimate orbit. With a deft eye for detail, crisp writing, and an uncanny understanding of human frailties, Toni Ann Johnson has created an endlessly interesting American family portrait.”

The runners-up for this year include Elsewhere by Oindrila Mukherjee, Skylark by William Smith, Magdalena Is Brighter Than You Think by Grace Spulak and The 28th Parallel by Eric Weintraub. The winning book from last year’s collection, Mad Prairie by Kate McIntyre, is now available from UGA Press, major retailers and local independent booksellers.

Submissions for the Flannery O’Connor Award for Short Fiction are accepted April 1 through May 31 each year; for guidelines and more information about the award, please visit https://ugapress.org/series/flannery-oconnor-award-for-short-fiction/.