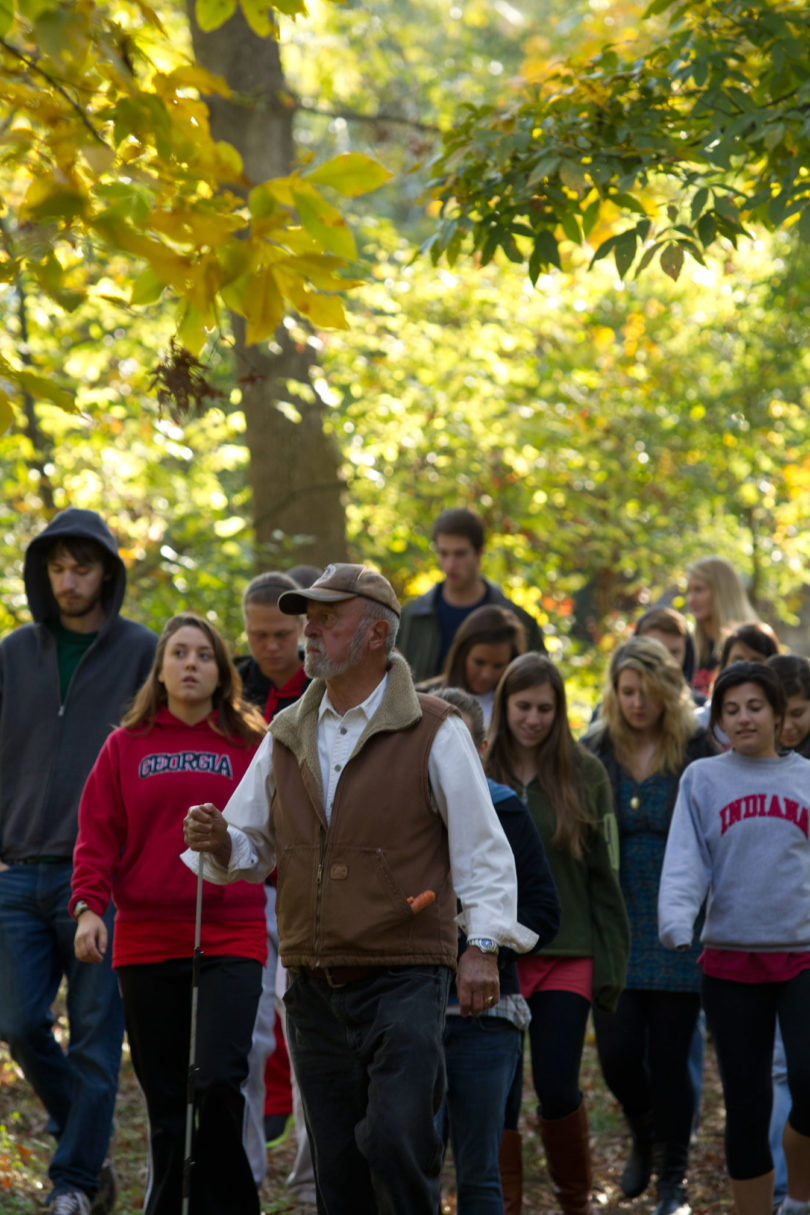 Carl Jordan gives students a tour of the farm

Hamilton Jordan, who was President Jimmy Carter’s White House chief of staff, is joining the University of Georgia, where he will write a book about the Carter presidency based on near-exclusive access to volumes of personal diaries Carter kept.

Jordan’s base of operations will be the Carl Vinson Institute of Government, where he will have a temporary appointment on the public service faculty. His appointment has been approved by the board of regents.

Carter is letting Jordan use some 6,000 pages of material from his diaries and other documents from his four years in the White House. Carter wrote in the diaries every day and has closely guarded them, allowing only one or two people to read them since he left office in 1981.

Jordan also plans to interview more than 100 people who played influential roles in Carter’s presidency, creating the most comprehensive oral history in existence of Carter’s term of office.

“From my perspective, there’s never been a real good and comprehensive book about the Carter presidency,” says Jordan, a key architect of Carter’s election in 1976 and one of Carter’s closest advisers as chief of staff and assistant to the president. “It’s been 25 years and people are still interested in him and want to understand his time in the White House, as well as his life before and since the presidency.”

Jordan, who received a political ­science degree from UGA in 1967, says working at UGA gives him access to library materials, advice from faculty and assistance from graduate students. He will be available to speak to classes, meet with faculty and students and make presentations on campus.

When his book is published, Jordan will donate the recorded interviews, his notes and other material to UGA, though Carter’s diaries will remain at the Carter Center in Atlanta.

President Michael F. Adams says the university is pleased to support a project of such historical significance.

“I have long admired Hamilton Jordan as an accomplished political strategist and savvy thinker,” Adams says. “His addition to our public service faculty will bring creative strength to our public policy area, already recognized as among the best in the nation, and his analysis of Jimmy Carter’s presidency will be an important and lasting historical contribution.”

Jordan emphasizes that his book will be neither a biography of Carter nor a scholarly history of the period he was president.

“I’m not a historian,” he says. “This will be a book about the Carter presidency based on his own papers and recollections, and the recollections of people who were crucial to his presidency.”