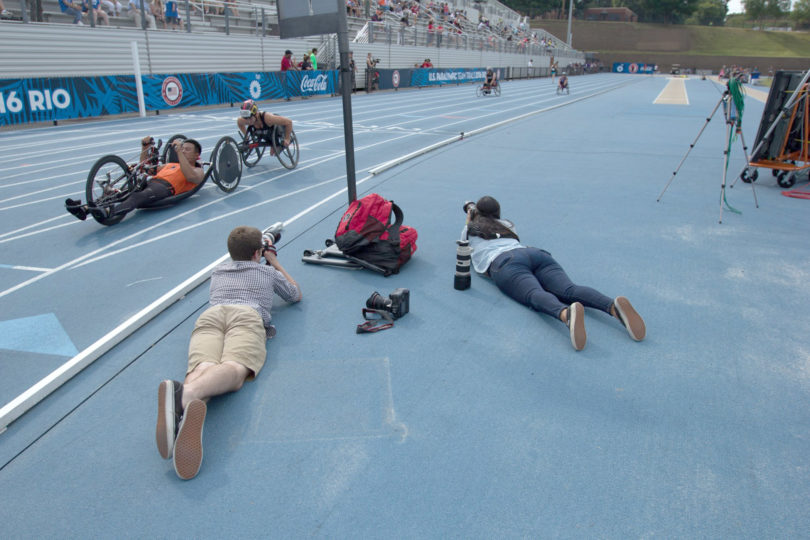 In addition to the four athletes from UGA taking part in the 2016 Paralympic Games in Rio, nine students from the Grady College of Journalism and Mass Communication will cover the 2016 Paralympics, which open Sept. 7, for the Associated Press.

“It will be a great experience for the students,” said Michael Giarrusso, the AP’s global sports editor, “and a great service to newspapers, broadcasters and digital operations in the U.S. and around the world.”

Two Grady College professors, Vicki Michaelis, director of Grady Sports, and Mark Johnson, head of the visual journalism program, will supervise and edit the students’ work in Rio. Michaelis was the lead Olympics reporter for USA Today from 2000-2012. She has covered nine Olympic Games.

“The bureau will contribute to the students’ social and global awareness and give them a deadline-driven, real-world experience that will improve their readiness to navigate the ever-evolving media landscape,” said Michaelis. “The students also will be providing a public service to the Paralympic audience.”

The students will be helping to meet an underserved audience demand for coverage of Paralympic sports.

Coca-Cola is funding a portion of the students’ travel expenses, and ThinkTank Photo donated and Canon USA loaned equipment for the visual journalism students.