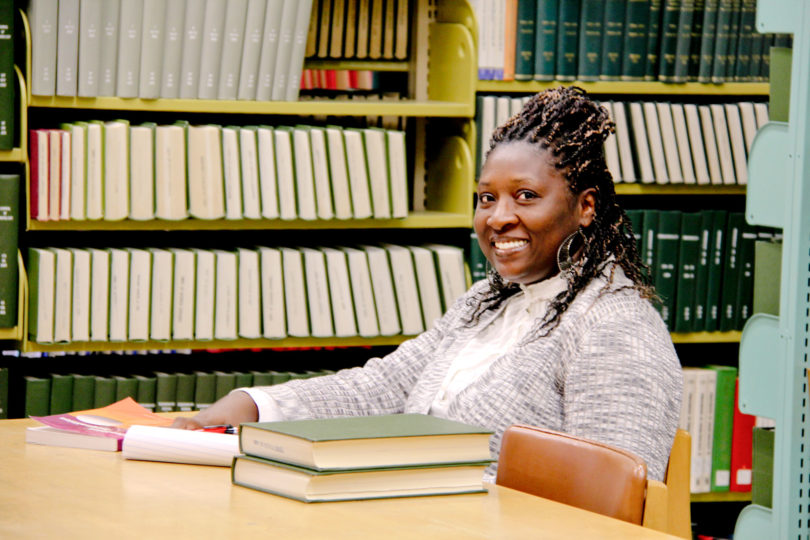 For LaTrena Stokes, the scholarship she was first awarded from the Jeannette Rankin Women’s Scholarship Fund in 2011 could not have come at a better time.

Stokes, an undergraduate in the College of Family and Consumer Sciences, had just learned she was losing her eligibility with the HOPE Scholarship when news came that she would be awarded the JRF scholarship.

Stokes is studying human development and family sciences with a double major in religion.

“What I see myself doing is offering a boot camp/Christian-based program for the entire family,” she said.

Stokes earned her associate’s degree in 1997 through Interactive Learning Systems, but put off her bachelor’s degree at first to start working and then to start a family.

Now, she said she wants to complete degree requirements for her bachelor’s and is looking toward going to graduate school as well to make a bigger impact on her community.

But the loss of her HOPE Scholarship prompted some questions about how the mother of two could afford to complete college.

The JRF scholarship put some of those questions to rest.

“It’s made an amazing difference,” she said. “It did not replace (the HOPE Scholarship), but it gave me some hope to continue my education.”

Stokes said the $2,000 per year scholarship gave her enough of a boost to apply for the college loans needed to cover the rest of her educational expenses.

It is one of the charities benefitting from UGA’s Campaign for Charities, which runs through Dec. 14.

Sue Lawrence, the foundation’s director, said UGA’s participation in the Campaign for Charities makes a big difference in allowing the organization to provide more scholarships.

“It’s really helpful and enhances our capability for planning and budgeting,” she said. “UGA is a tremendous supporter in our community.”

In the current economic environment, JRF scholarships are making a big difference for the families of recipients, said Lawrence. More than 80 percent of JRF scholars are heads of their households. Assisting them in obtaining higher education degrees can increase women’s earnings by 56 percent, according to U.S. Department of Labor statistics.

Born and raised in Athens, Stokes is the first recipient of the Women of UGA scholarship from the Jeannette Rankin Foundation.

For her part, Stokes, who expects to earn her bachelor’s degree in 2014, said she wouldn’t forget about the assistance offered to her.

“I will be forever grateful,” Stokes said.