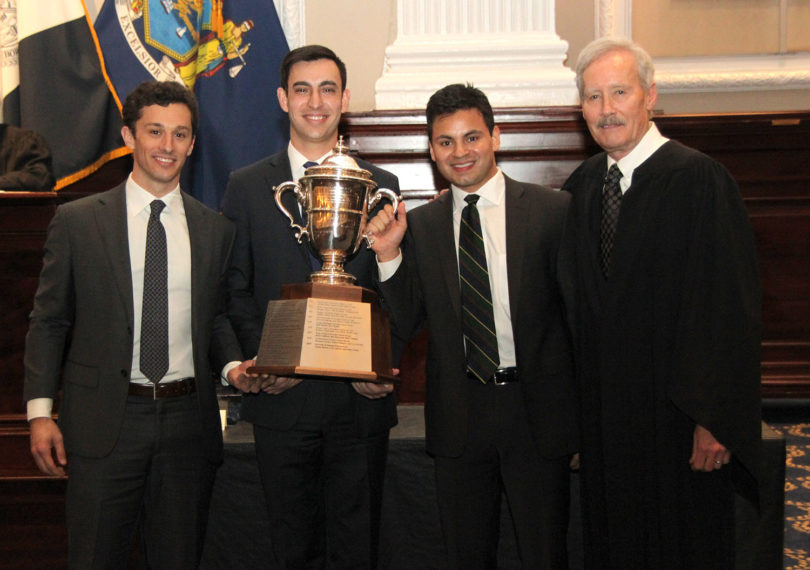 After prevailing in regional rounds of the competition, the trio was undefeated in the national tier of the tournament, which was held Feb. 10-13 in New York City. During the contest, the UGA law school team overcame teams from the law schools at Georgetown University, Loyola University Chicago and Drake University before beating Saint Louis University in the final round.

“Our victory at one of the most respected competitions in the country is certainly something to celebrate,” School of Law Director of Advocacy Kellie Casey said. “Our team combined talent, intellect and hard work to win this tournament, and I am very proud of them.”

This championship marks the fourth time the UGA School of Law has won the National Moot Court Competition.

“The efforts of our students – and of our coaches and law school faculty members Kellie Casey and Rob McNiff – have paid off wonderfully,” law school Dean Peter B. “Bo” Rutledge said. “Our focus at the School of Law is to provide our students with a first-rate legal training so they can become future leaders of state and society, and this win is proof that we are achieving that goal.”

Each year, teams from more than 120 law schools across the nation compete in this contest, which is sponsored by the New York City Bar Association and the American College of Trial Lawyers.