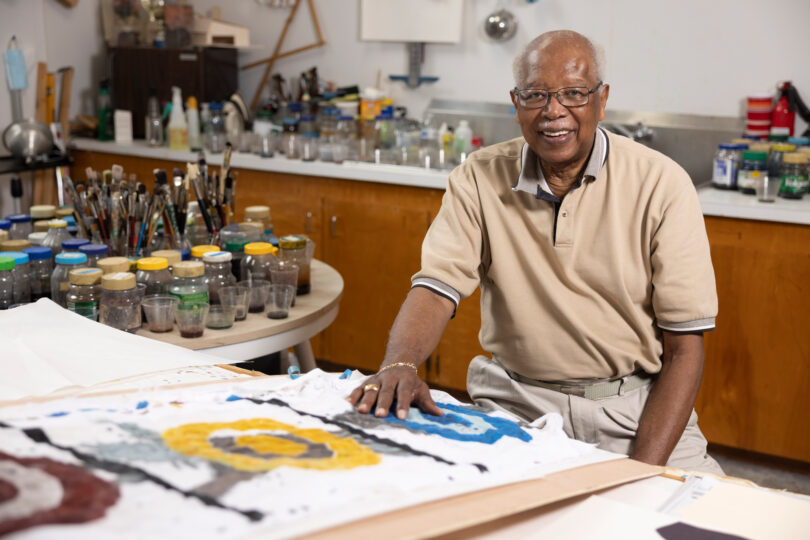 Leo Twiggs has been painting and teaching since the 1960s. He is one of the country's most esteemed artists of the last 50 years, and he continues to produce vibrant, thought-provoking work. (Photos by Peter Frey/UGA)

When Leo Twiggs was in 10th grade, he got a job as a projectionist in the movie theater in his hometown of St. Stephen, South Carolina. 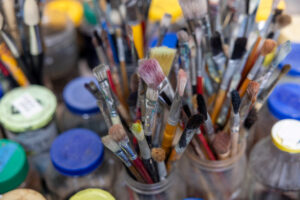 “I was probably the only Black as young as me to be a projectionist. No one knew because they couldn’t see me up there,” he laughs.

Twiggs took away much more than a wry sense of humor from that projection booth. One of the highest points in St. Stephen, the booth also gave Twiggs a new perspective.

Like many small Southern towns, St. Stephen was divided by railroad tracks. When trains came through, sometimes miles long, they divided the town. From his high point in the theater, though, Twiggs could see both sides—perhaps the only person in town who could.

I don’t just jump out to paint pictures because they are timely. I paint them so I can say something about them, and people can see them in different ways.” — Leo Twiggs EdD ’70

“I could see how that train separated people,” says Twiggs EdD ’70. “I feel that way when I’m painting. Many African Americans suffer in silence. People call you names, and you don’t say anything. I think about that suffering in silence, but you end up having to cross over that.”

Twiggs has refined his experience in the theater over a lifetime that has seen him become one of the country’s most esteemed artists of the last 50 years as well as one of the University of Georgia’s most accomplished alumni.

Twiggs was the first African American to earn a doctorate in art education from UGA. At the time, he was already a working artist, as well as an instructor at South Carolina State University. By the time he retired in 1998, he had developed SCSU’s art department and also had led the establishment of the university’s I.P. Stanback Museum and Planetarium.

Twiggs works primarily in batik, an ancient painting style that uses dyes, cloths, and wax to create lively and expressive imagery. It’s more time consuming than other types of painting, but its distinct texture—with cracks and crackles that are very hard to achieve with oils or acrylics—brings a three-dimensional quality to Twiggs’s work.

Throughout his career, Twiggs has stuck to a process he learned as a young artist.

“To keep things cohesive, I would work in series,” he says. “I’d paint a picture and then another one that’s related to it. I would get out of class, start painting, and my mind would be right there. I could close my eyes and see every part of the work.”

Many of his most well-known pieces have been produced in that manner. The Targeted Man, for instance, is a haunting series that juxtaposes gray, silhouetted figures with round, colorful targets. Twiggs says one interpretation is that the targeted man represents the African American experience, but another interpretation could be that the viewer is the targeted one. Aren’t we all at one time or another? He muses.

Targets are just one motif that frequently appears in Twiggs’s work. Many of the others come from his 88 years of life experiences: cows from his time growing up on the farm, children from the neighborhood, and many instances of crosses and Xs. They can be church crosses, railroad crosses, or, most provocatively, the crossed bars on the Confederate battle flag. Most often in his work, that cross is faded or distorted. 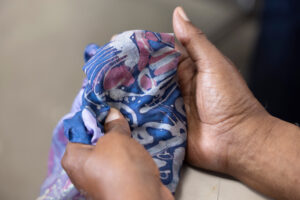 “If you are born in the South and you paint about the South, and you don’t include a Confederate flag someplace, there is something wrong with your South,” he says, matter-of-factly.

That flag appears in one of Twiggs’s most recent and celebrated works, Requiem for Mother Emanuel, a series of nine paintings he created in the aftermath of the 2015 murder of nine Black worshippers in Mother Emanuel AME Church in Charleston, South Carolina.

Those paintings were on display in Charleston in 2016—one of more than 70 gallery showings of Twiggs’s work throughout his career.

In 2019, the Georgia Museum of Art presented Twiggs with the Larry D. and Brenda A. Thompson Award, which honors living African American artists with a connection to Georgia. He calls it one of the most meaningful awards of his career. In 2020, Twiggs was named to the South Carolina Hall of Fame. It was a capper for a career that is far from over.

Twiggs is currently working on his second batik related to the murder of George Floyd. The first is displayed at the Virginia Theological Seminary.

“I don’t just jump out to paint pictures because they are timely,” he says. “I paint them so I can say something about them, and people can see them in different ways.

“With the flag paintings, is it possible for you to look at the flag and see that it’s gone? What you are celebrating is a facsimile. How do you make people look at the world they are seeing in a different way?” 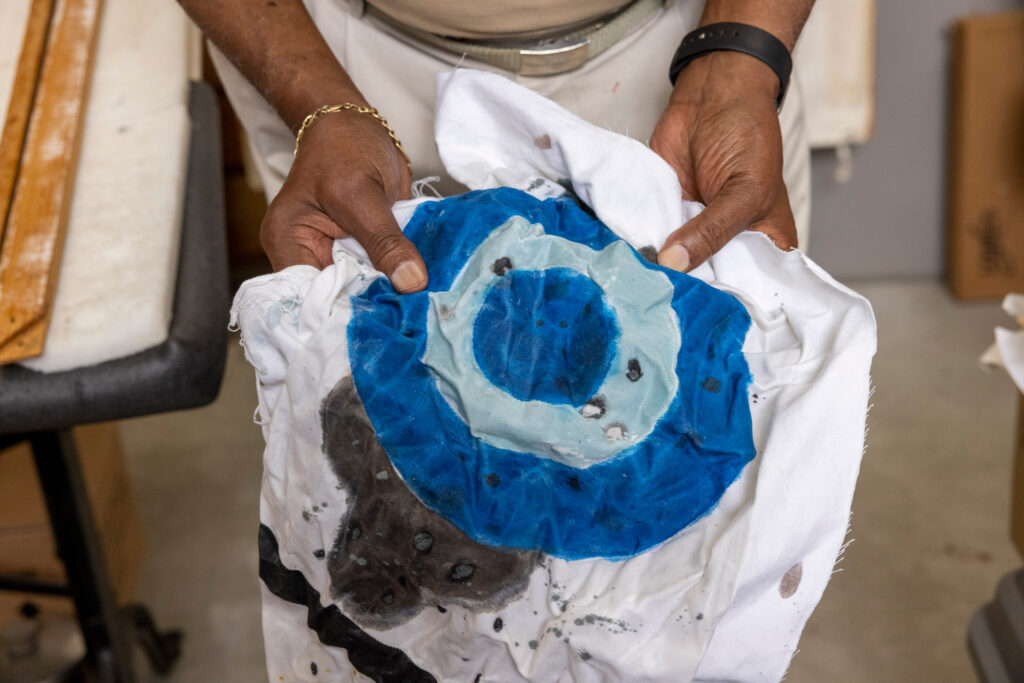