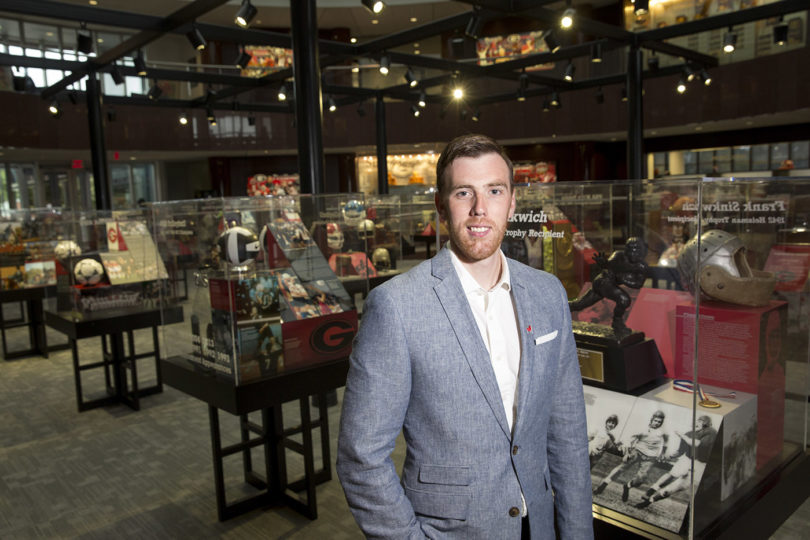 As UGA’s liaison for the U.S. Army, Michael Frye tries to balance the goals and expectations of the military and the university.

Frye is the only UGA employee in the Army ROTC department—others strictly work for the military and are instructors for students taking military science classes—according to Frye.

“This job is not just one thing, either. I do business; I do academic stuff. I do it all,” Frye said.

A normal day for Frye can include anything from talking with parents who have children interested in joining the Army ROTC program at UGA all the way to military-related concerns.

Frye manages compliance policies, budgets, students and academics for the department. Most days, however, he helps students who are taking Army ROTC classes and need his assistance.

The goal of the Army ROTC courses “is to graduate cadets from UGA and to make officers in the U.S. Army,” Frye said.

Making sure students graduate is a big responsibility of the job, and Frye didn’t have anyone to train him when he started in 2014.

“It took me an entire summer to learn about the university’s procedures and how to access systems when I was first hired,” Frye said. “I had to be ready for classes and students.”

Frye didn’t serve in the military, but he does understand what it takes.

“I had family in the military, so I was always around it,” he said.

While Frye wasn’t a military expert when he started this job, he did already know a thing or two about UGA. Frye earned a degree in international affairs, and continued working at UGA’s Dean of Students’ Office after graduating, while he searched the job market.

“I knew I wanted to stay at Georgia,” he said. “I love this place, and I love working here.”

A lot of what fuels Frye’s love for the university and Athens is his favorite sports team: the Georgia Bulldogs. He tries to attend every football game.

While he was completing his undergraduate degree, Frye played in UGA’s Redcoat Marching Band, which is where a lot of his UGA pride came from.

Although he doesn’t practice the trumpet as much as he used to, he still stays involved in music by singing in the University Chorus.

Frye continues to explore Athens-enjoying the responsibilities he has at UGA, as the liaison between the U.S. Army and the university.

“It’s about the students. I get joy out of knowing that today I can probably change someone’s life for the better,” he said. “When they come to me, I’m their voice of reason. That’s why I’m here.”