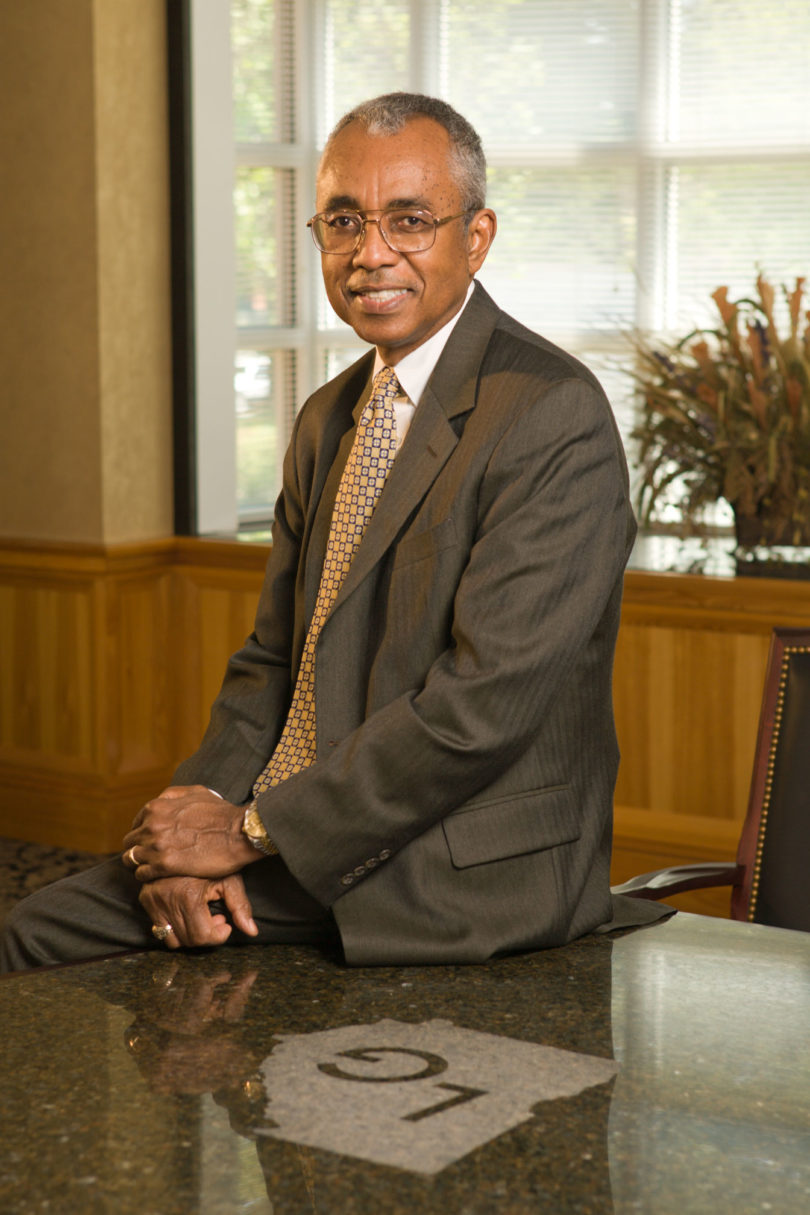 Arthur Dunning is working to give diversity a more international context.

Read between the lines of Arthur Dunning’s career, and a clear point emerges: The definition of diversity needs to change.

His work as vice president for public service and outreach spans education and service, just as his life does. But the reason Dunning was recently awarded the President’s Fulfilling the Dream Award, which recognizes UGA employees and community members who work in the spirit of Martin Luther King Jr., is due to his commitment to a new paradigm in diversity outreach and service.

“I think we need to expand our view of diversity,” he said from his office in Treanor House. “I have tried to reposition diversity through a more international context. I have encouraged faculty, staff and students to do work abroad, especially in developing countries.”

Dunning is responsible for creating and communicating a vision for public service and outreach consistent with the changing needs of society, while ensuring that vision is integrated into UGA’s research and instruction missions.

Since he began at UGA in 2000, the university has expanded its study abroad and service programs to countries across Africa, Asia and Latin America.

He’s also been a strong supporter of OneAthens, the university and community partnership to address poverty in Athens, and many more programs that reach to the state, local and federal levels.

“I’ve worked to broaden the discussion about what works best to enhance communities,” he said. “Our state is becoming more and more diverse, and it’s moved beyond just black and white. I think our mission as faculty and staff and a land-grant university has been expanded.”

Dunning’s viewpoint has been shaped by his life story. The son of two schoolteachers, Dunning was raised in the heart of segregated Alabama and later joined the U.S. Air Force, serving two years in Taiwan and another two in Thailand, where he headed the Department of Defense’s school system.

After his time in service, Dunning returned to the South and enrolled in the University of Alabama in 1966, not long after Gov. George Wallace stood on campus in a symbolic gesture against integration. One of the first African-American students admitted, he began a long career of quietly implementing change.

“In the 1960s, Alabama was ground zero for change. I was raised under Jim Crow, which was a fascinatingly obscene system of laws, policies and practices all designed to create a sense of place around race. At the time, Alabama sort of provided the rest of the country with a birds-eye view of the situation,” he said. “And even though Jim Crow has been dismantled, it left a wake of unresolved issues and trite racial dialogue.

“It’s been difficult. We’ve played out the historical drama between black and white relationships, but we don’t have the language to deal with the past with civility,” he said. “The sort of reconciliation many societies go through has not happened here very well, so it’s a perennial issue, and anger is often the subtext of this unresolved situation.

“So we try to recognize that and not be held hostage by it,” he added. “I think it calls us to stretch what the university does in communities in new and interesting ways, to get away from thinking about issues in black and white, and find new insights into the issues we address.”