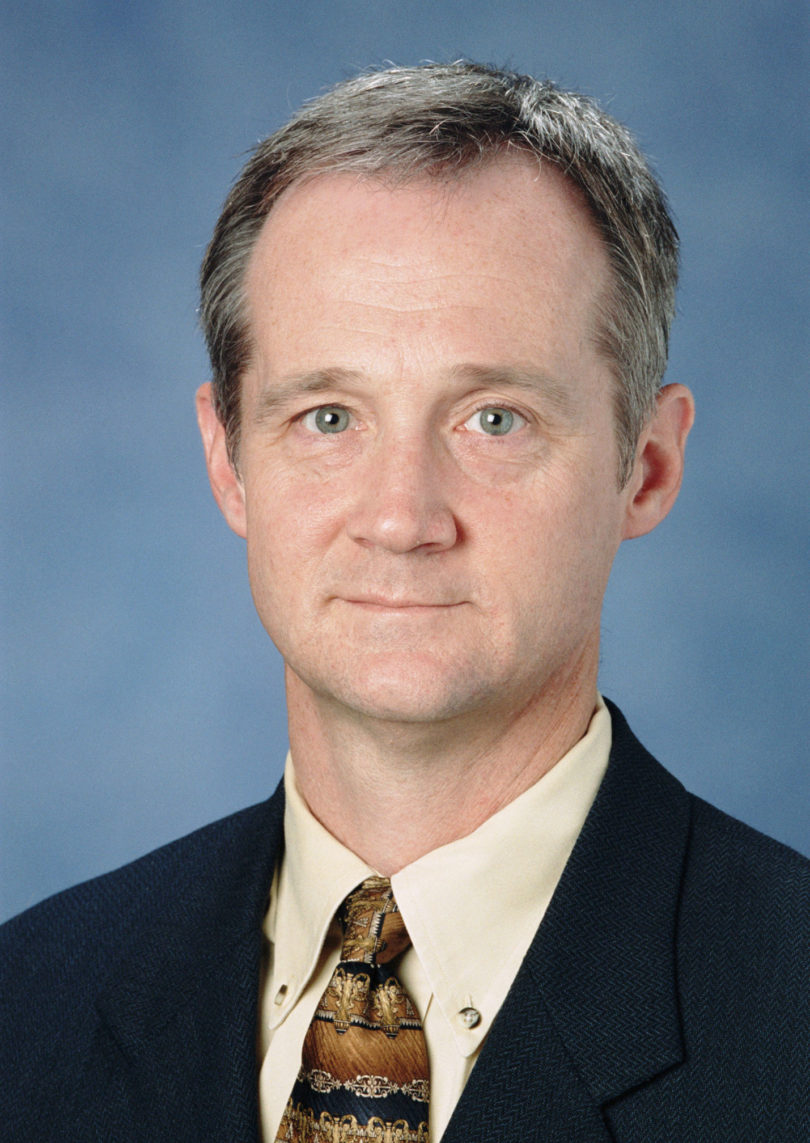 Athens, Ga. – Mark Huber, a senior lecturer in the University of Georgia’s department of Management Information Systems, has been named director of the Institute for Leadership Advancement in the Terry College of Business.

Huber, who has served as interim director of ILA since last July, was appointed following a nationwide search that brought three candidates to campus for interviews.

“Mark is the right man for the job,” said Robert T. Sumichrast, dean of the Terry College. “During his time at ILA, he has worked to build connections between the institute and faculty. He has also worked with Terry alumni and my advisory council to enhance leadership development in our students. I am confident that he will continue to improve ILA.”

ILA is a privately funded institute within the Terry College that works to develop leadership capabilities in UGA students. And Huber is no stranger to leading. He spent 21 years in the U.S. Air Force and Air Force Reserves, including assignments as a program manager at the Pentagon and as the commander of a combat communications squadron that he helped build from the ground up.

“It is a pleasure to work with someone like Dr. Mark Huber, who is committed to the development of outstanding student leadership skills,” said Earl T. Leonard Jr., a retired Coca-Cola Co. executive whose donation helped start ILA. “These ILA students will be well prepared for the new and different requirements for a 21st century business success on every level, both personally and professionally.”

“The purpose of ILA is to prepare the next generation of leaders, leaders who are values-based, impact-driven leaders,” Huber said. “We have five values: responsibility, stewardship, excellence, integrity and purpose. We want our students to truly make a difference when they leave here. We want them to impact their companies or organizations. We teach them to make a difference, to have an impact.”

Huber discovered his passion for pedagogy when he was assigned to teach ROTC courses at UGA in 1986. He channeled that enthusiasm into a second career, becoming lecturer in Terry’s MIS department in 1999. Since then, he has been recognized with Alpha Kappa Psi’s Inspired Teaching and Outstanding Service Award, the UGA Student Government Outstanding Professor Award and the UGA Honors Program’s Outstanding Teaching Faculty Award, among other honors.

“I wanted this position because of the challenge of taking the organization to the next level, building on what others have done, and teaching and working with some of the best students UGA and Terry have,” Huber said. “Also, it was also a chance for me to grow as a leader. I learn so much from working with the people here in the office, the students and all the ILA stakeholders-they all helped and continue to help me grow as a leader.”

Huber holds a doctorate in MIS from UGA, a master’s in management and supervision from Central Michigan University and a bachelor’s degree from North Georgia College in biology.