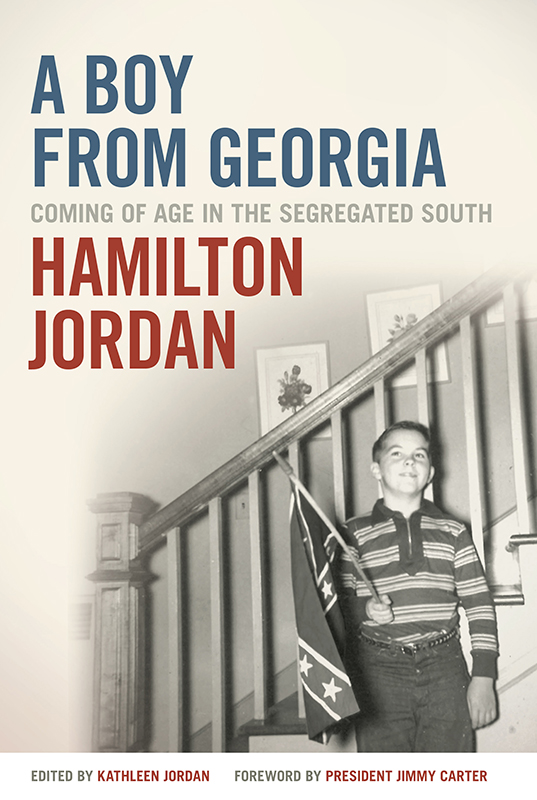 A Boy From Georgia
By Hamilton Jordan; Edited by Kathleen Jordan
University of Georgia Press
$32.95

When Hamilton Jordan, chief of staff under President Jimmy Carter and strategist for Carter’s 1976 presidential campaign, died of peritoneal mesothelioma in 2008, he left behind a mostly finished memoir.

Jordan’s daughter, Kathleen—with the help of her brothers and mother—took up the task of editing and completing the book. A Boy from Georgia chronicles Hamilton Jordan’s childhood in Albany, charting his moral and intellectual development as he gradually discovered the complicated legacies of racism, religious intolerance and Southern politics.

After graduating from UGA, Jordan went into politics to put his ideals to work eventually becoming a key aide to Carter. Clear eyed about the triumphs and tragedies of Jordan’s home state and region, A Boy from Georgia tells the story of a remarkable life.