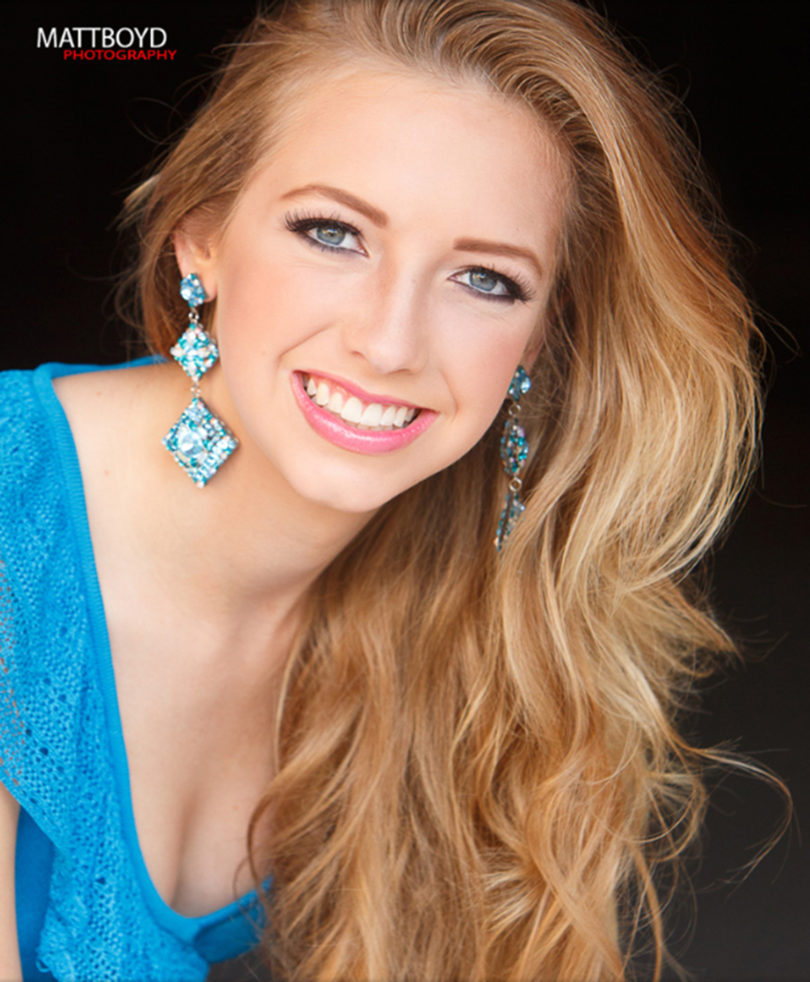 Athens, Ga. – Meredith Ellis (Meri Ellis) Hunt of Acworth has been named Miss University of Georgia Outstanding Teen for 2015. The 16-year-old junior at Mt. Paran Christian School is the daughter of Robert and Linda Hunt.

Hunt has held previous titles including Little Miss Cobb County in 2008 and Miss Cobb Princess at the Miss Georgia Pageant in 2008. She was also second runner-up at the Junior Miss Cobb pageant in 2012.

Her high school accomplishments include membership in the Beta Club and the National Honor Society, and she serves as a peer mentor for freshman girls. She has lettered in cross country soccer and cheerleading and has been dancing since age 3.

Hunt plays the violin and is a member of her high school’s honors orchestra. She has also played in the Georgia Youth Symphony Orchestra. When not at school, she serves as a “baseball buddy” for special needs children and volunteers in her church nursery.

“I have a passion for volunteering and I love to travel and experience different cultures,” she said. “I realized by spending a week in Guatemala at an orphanage that each person can make a difference in the world-no act is too small.”

The Hunt family has a strong affiliation with UGA. Hunt’s mother earned bachelor’s and doctor of pharmacy degrees at UGA, her sister Amelia is a current sophomore and her sister Elizabeth will matriculate in fall 2015.

Hunt will be crowned at the 2015 Miss University of Georgia Scholarship Pageant on Jan. 17 at 7:30 p.m. in the Fine Arts auditorium. She will also compete in the Miss Georgia Outstanding Teen Competition in Columbus in late spring 2015.