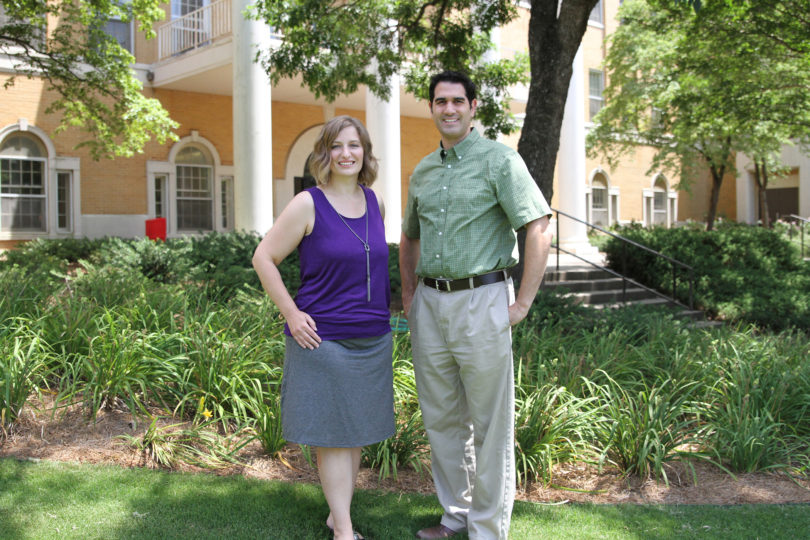 Athens, Ga. – A mother’s maternal identity is closely linked to the relationship she has with her child’s father as well as his involvement pre- and post-birth, according to a new study released by University of Georgia researchers.

Maternal identity, though complex, includes a mother’s attachment to her infant, her expressions of pleasure at her role and her perception of how others feel regarding her competency as a mother.

The study was published earlier this month in the journal Family Relations.

Maternal identity “affects how moms parent and how they feel toward their child,” said the study’s lead author Jacquelyn Mallette, a doctoral student in the College of Family and Consumer Sciences’ human development and family science department. “If they’re able to successfully achieve a maternal identity, they are more likely to parent in an effective way, and fathers can play an important role in this process.”

Researchers studied 125 teen mothers in Ohio, ages 14-19, along with the fathers, whose ages ranged from 15-24 years.

Previous research has established that early childbearing has negative psychological consequences for adolescent females, which is associated with less effective parenting practices and greater challenges adjusting to motherhood. Children of adolescent mothers are also shown to be at greater risk for abuse, neglect and impaired cognitive development.

Because of these heightened risks, and the fact that teen mothers are still forming their own individual identity, the role of the father in contributing to maternal identity as well as the child’s development is critical, researchers said.

“I like to look at things not from a deficit approach but from more of a positive approach,” Mallette said, “instead of looking at the negative impacts of father absence, looking at what good comes from when fathers are involved and how this is impactful for the adolescent mothers. Adolescent mothers can be just as successful as adults when they have a strong support system, which is why support from the father is critical.”

Likewise, fathers may be more likely to maintain involvement following a child’s birth if they are part of a supportive partnership, the researchers found. That support, in turn, is vital to the mother’s establishment of her maternal identity.

“Father involvement early on is really critical during pregnancy,” said study co-author Ted Futris, an associate professor and family life specialist in the college. “It helps moms get a sense of support. Is this somebody who’s going to be around, is this somebody who expresses an interest in my well-being while I’m carrying this child, is he coming to the doctor visits, helping out, even after the birth?”

The authors note that their findings reinforce the need for additional programs to engage fathers. Relative to the demand for services, few programs exist to address the needs of young dads, Futris said.

Practitioner services that emphasize not just parenting skills but also relationship skills are necessary, he added.

“It’s not just the dad being involved, and it’s not just the dad and the mom getting along,” he said. “It’s both of those, the combination, so when dad gets along with mom and he’s involved in the picture, both of those help her connect with being a mom more positively. When he’s around and they get along, she feels better. Our findings really reinforce if you’re going to do programs with either (the mother or father), you have to give them the skills to work it out and get along.”

Additional co-authors are Geoffrey Brown and Assaf Oshri in the College of Family and Consumer Sciences.

The study on “The Influence of Father Involvement and Interparental Relationship Quality on Adolescent Mothers’ Maternal Identity” is available online at http://onlinelibrary.wiley.com/doi/10.1111/fare.12132/full.