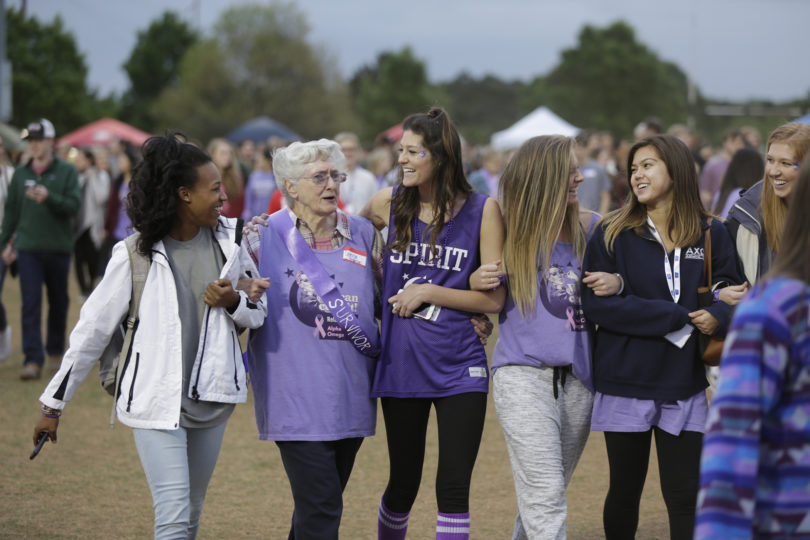 More than 2,000 students participated in the 17th annual UGA Relay for Life overnight from April 15-16 at the intramural fields. The night culminated with the announcement that the student fundraising teams had raised a total of $177,226.74 toward this year’s campaign.

The UGA event is notable for being Relay’s first event organized by, led by and composed entirely of college students. The student group is an affiliate of Relay for Life that is registered with UGA Student Affairs’ Center for Student Organizations.

For Lauren Glenn and Emily Moller, members of the group’s executive board, the effort is personal.

“My family has lost loved ones to cancer,” Glenn said. “I relay for them and for those out there still fighting.”

Relay for Life is a national nonprofit organization benefiting the American Cancer Society. Local events are held at schools and in communities across the country each spring in which participants walk around tracks, play games, enjoy music and food, and recognize and celebrate individuals and families touched by cancer.

Notable features of most Relay events are a Survivors Lap in which survivors celebrate their victories over cancer while participants congratulate them, a luminaria ceremony during which candles are lit in honor of those lost to cancer and in support of individuals whose fights continue, and a Fight Back Ceremony that inspires participants to take action.