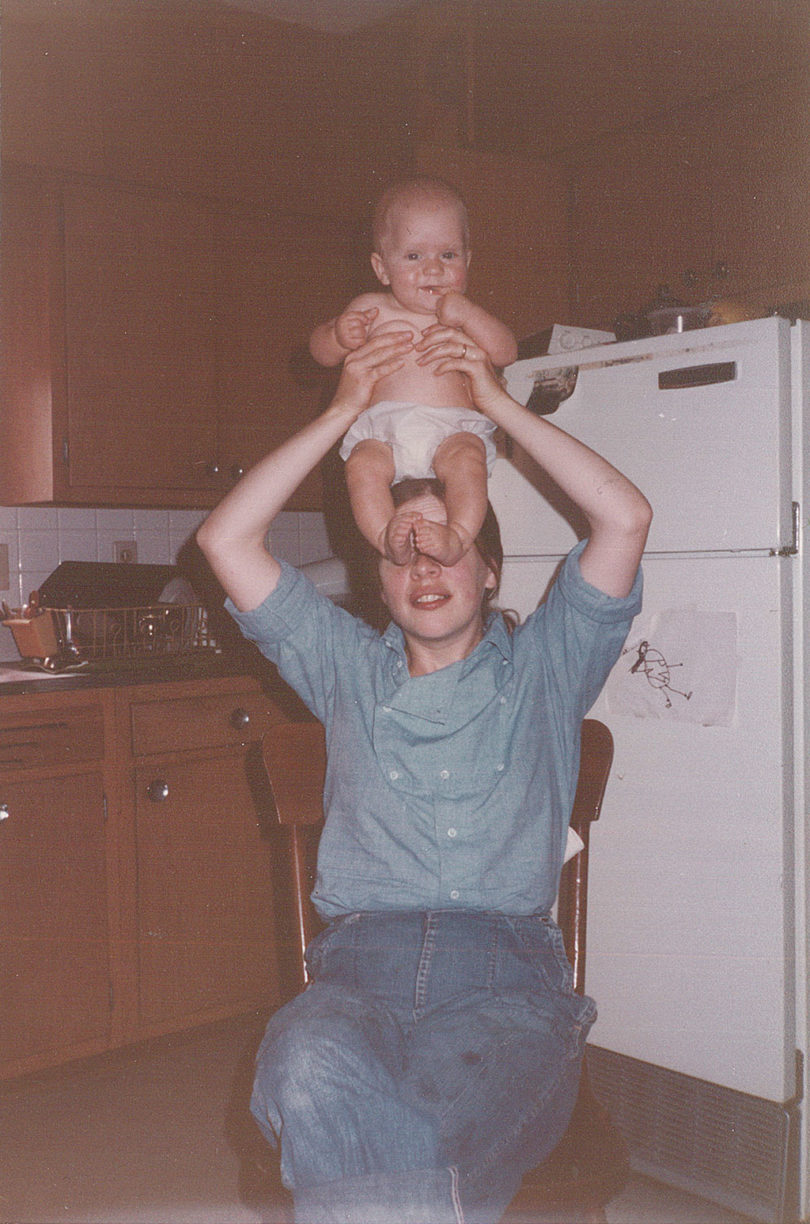 An old family photo of Marianne Boruch and Will Dunlap.

Athens, Ga. – The Georgia Review will present a reading by noted poet Marianne Boruch Feb. 1 at 7 p.m. at Ciné, 234 W. Hancock Ave. in downtown Athens. Boruch’s son, Will Dunlap, a fiction writer and current graduate student in creative writing at the University of Georgia, will serve as the opening reader for the evening. The reading by the mother and son duo is free and open to the public.

Boruch comes to Athens as part of her statewide tour on the Georgia Poetry Circuit, a series that brings three poets of national reputation to the campuses of 10 member colleges and universities each year.

Boruch is the author of seven collections of poetry, including, most recently, “The Book of Hours” (2011) and “Grace, Fallen” (2008). Her eighth-“Cadaver, Speak”-is forthcoming from Copper Canyon; the 30-page title poem from this volume appeared in The Georgia Review. Boruch’s prose includes two essay collections, “In the Blue Pharmacy” (2005) and “Poetry’s Old Air” (1995), and a memoir on hitchhiking, “The Glimpse Traveler” (Indiana University Press, 2011). In fall 2012, The Georgia Review published her essay “O’Connor Plus Bishop Plus Closely Plus Distance,” on the epistolary friendship of Flannery O’Connor and Elizabeth Bishop. Her poems and essays have been published in the New Yorker, the Nation, Poetry London, Iowa Review, Poetry and in many other top publications. Her awards include two Pushcart Prizes, two fellowships from the National Endowment for the Arts, a Guggenheim Foundation Fellowship and residencies at the MacDowell Colony, the Rockefeller Foundation’s Bellagio Center, Ragdale, The American Academy in Rome and The Anderson Center in Red Wing, Minn.

A Fulbright Visiting Professor at the University of Edinburgh in early 2012, Boruch teaches in the master’s of fine arts program at Purdue University and in the low-residency graduate program for writers at Warren Wilson College. She also has taught at Tunghai University in Taiwan and at the University of Maine at Farmington, and run poetry workshops at summer conferences including Bread Loaf, RopeWalk and the Haystack School of the Arts.

Dunlap grew up in Indiana, studied cello at the University of Michigan and received a master’s of fine arts degree from the James A. Michener Center for Writers at the University of Texas. There he studied fiction and screenwriting and received the Keene Prize for Literature. Dunlap writes historical fiction and just completed a Civil War-era novel. He also recently finished up an opera libretto for American composer William Cooper. The opera, “Hagar and Ishmael,” premieres in April 2013.

Growing up as the son of a well-known poet, Dunlap said he “spent hours as a child bored out of my mind at poetry readings. I’m pretty sure she gave a few with infant-me strapped to her back.” His mother also fully supported his love for and serious study of music. “For three years she drove me an hour and 15 minutes each way to my weekly lesson at DePauw University,” he said. “When my teacher there went on leave for a year, we went further afield-also once a week-to Indiana University’s School of Music, a two-hour drive each way. Toward the end of the IU stint, she fell asleep and drove off the road.”

The final Georgia Poetry Circuit reading of the 2012-13 academic year features Paul Hostovsky, who will appear at Ciné April 11 at 7 p.m.

The Georgia Review, an international literary quarterly published from UGA since its inception in 1947, has been a supporter of the poetry circuit since its founding in 1985.

For more information, contact the The Georgia Review at 706/542-3481, see http://www.thegeorgiareview.com or see the Georgia Poetry Circuit official website at http://www.berry.edu/gpc/.

An excerpt from Boruch’s “Cadaver, Speak” is provided:

The body-before they opened me-the darkest dark
must live in there. Where color is wasted.
Because I hear them look:
bright green of gallbladder, shocked yellow fat, acreage
flat out under skin. To think I brought this
on myself.

No blood in the lab. No longer
my blood, paste flaking
brown to the touch, the heart packed with it.
They do that too.

Let it pass, my husband said, for years.

But you know what? It’s more, it’s how
there is no sleep. It’s how words
come apart in a dream.
And then you’re awake.

to tell this. That they see things hardly
anyone . . . things buried, doing
for a lifetime. Sunken

Darkness at the start-it sticks,
it bothers me: why any color at all?
Room of echo and stink. The silence we contain, we
cadavers now, water
that dumb and overflowing.

too young to be stricken. They’re kids,
in their twenties. They stare, they keep probing. To idle
amazement, to trespass like that.
Is it brave? What’s brave? You know
then you unknow. My God, how they walk into this place
to begin with-all the ways in the smart ones, this
must burn

right through them:
Pure Spirit, stupid me good, just to stand here.