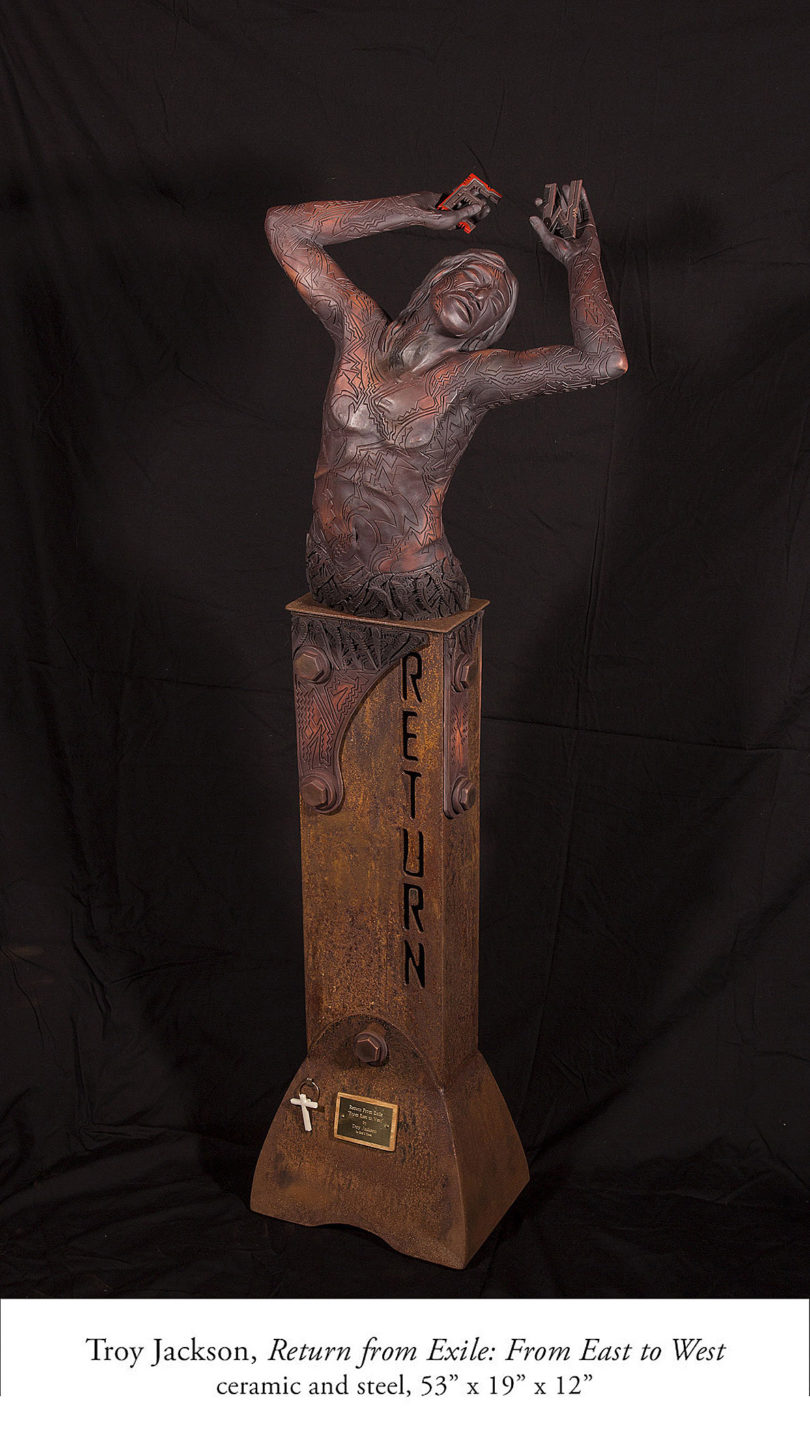 For the last 500 years, and particularly since they began to be displaced and removed from their ancestral homelands, Native American tribes of what is now the southeastern U.S. have returned annually for ceremonial rites on the autumnal equinox in late September.

Return from Exile, an art exhibition of more than 30 contemporary Southeastern Native American artists timed to coincide with annual homecomings, is on view through Oct. 10 at the Lyndon House Arts Center. The exhibition, which will begin a two-year tour of museums throughout the U.S., is sponsored by the UGA Institute of Native American Studies and the Lyndon House.

An opening reception for the exhibition will be held Sept. 10 at 6 p.m. and is sponsored by the institute. The exhibition features art representing the five tribes removed from the Southeast in the 1830s: the Creek, the Cherokee, the Choctaw, the Chickasaw and the Seminole.

Following its run at the Lyndon House, the exhibition will travel to the Collier County Museum in Naples, Florida. It will then travel the country through 2017.

Return from Exile is supported by the UGA Institute of Native American Studies, the Southeastern Indian Artist Association, the Lyndon House Arts Center, the UGA President’s Venture Fund, the Native Arts and Cultures Foundation, the Cherokee Nation and the Muscogee Nation.