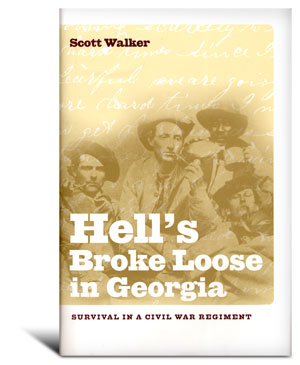 Democracy Restored: A History of the Georgia State Capitol, from the University of Georgia Press, is a stunning, fully-illustrated history of the capitol that not only pays tribute to the grand old edifice but also vividly recounts the history that was made—and continues to be made —there.

As the book’s authors, Georgia State University professor Timothy J. Crimmins and Georgia State Capitol historian Anne H. Farrisee, move through the major periods in the capitol’s history, they tell three interwoven stories. One is a tale of the building itself, its predecessors, its design and construction, its occasionally ill-considered renovations and the decade-long restoration begun in 1996.

Also revealed is how the gradual accumulation of statues, flags, portraits, civic rituals and pageants has added meaning to the already symbolic structure. The third story the authors tell is  the legislative and judicial battles that sought to limit or extend democratic freedoms.