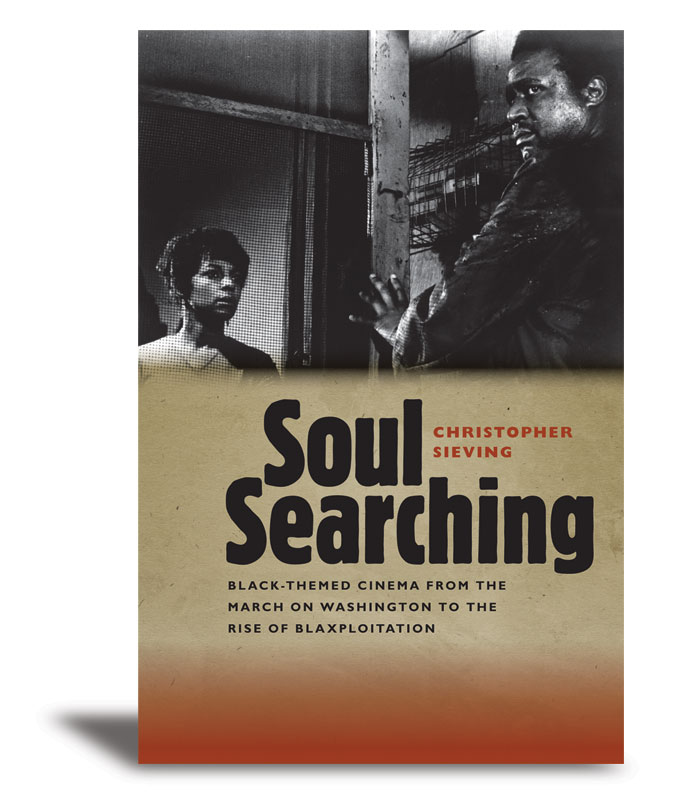 Christopher Sieving, an assistant professor in theatre and film studies, has penned Soul Searching: Black-Themed Cinema from the March on ­Washington to the Rise of ­Blaxploitation.

The 1960s were a tremendously important time of transition for both civil rights activism and the U.S. film industry. Soul Searching examines a subject that, despite its significance to African-American film history, has gone largely unexplored until now.

By revisiting films produced between the march on Washington in 1963 and the dawn of the “blaxploitation” movie cycle in 1970, Sieving reveals how race relations influenced black-themed cinema before it was recognized as commercially viable by the major studios.

The films that are central to the book—Gone Are the Days, The Cool World, The Confessions of Nat Turner (never produced), Uptight and The Landlord—are all ripe for re-evaluation and newfound appreciation. Soul Searching is essential reading for anyone interested in the politics and cultural movements of the 1960s, cinematic trends like blaxploitation and the American “indie film” explosion, or black experience and its many facets.