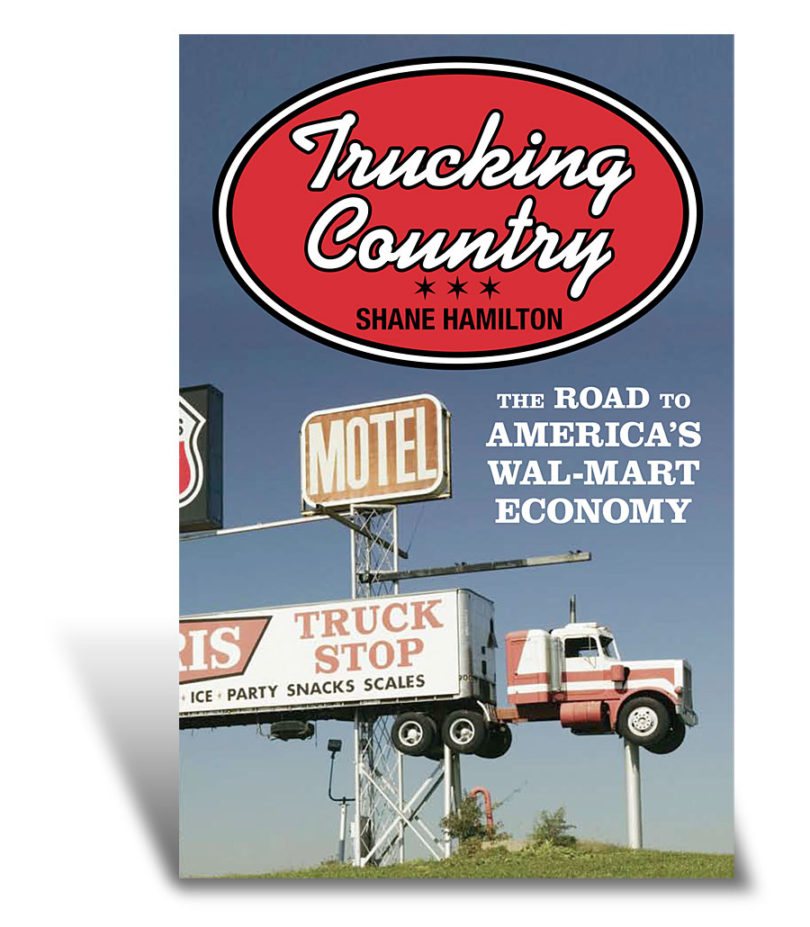 In his new book, Trucking Country: The Road to America’s Wal-Mart Economy, Shane Hamilton, an assistant professor of history at UGA, presents a social history of long-haul trucking that explores the contentious politics of free-market capitalism in post-World War II America. Hamilton paints an eye-opening portrait of the rural highways of the American heartland, and in doing so explains why working-class populist voters are drawn to conservative politicians who seemingly don’t represent their financial interests.

Hamilton challenges the popular notion of “red state” conservatism as a devil’s bargain between culturally conservative rural workers and economically conservative demagogues in the Republican Party. The roots of rural conservatism, Hamilton demonstrates, took hold long before the culture wars and free-market fanaticism of the 1990s. Truckers helped build an economic order that brought low-priced consumer goods to a greater number of Americans. They piloted big rigs that linked America’s factory farms and agribusiness food processors to suburban supermarkets across the country.

Trucking Country is the gripping account of truckers whose support of post-New Deal free enterprise was so virulent that it sparked violent highway blockades in the 1970s.