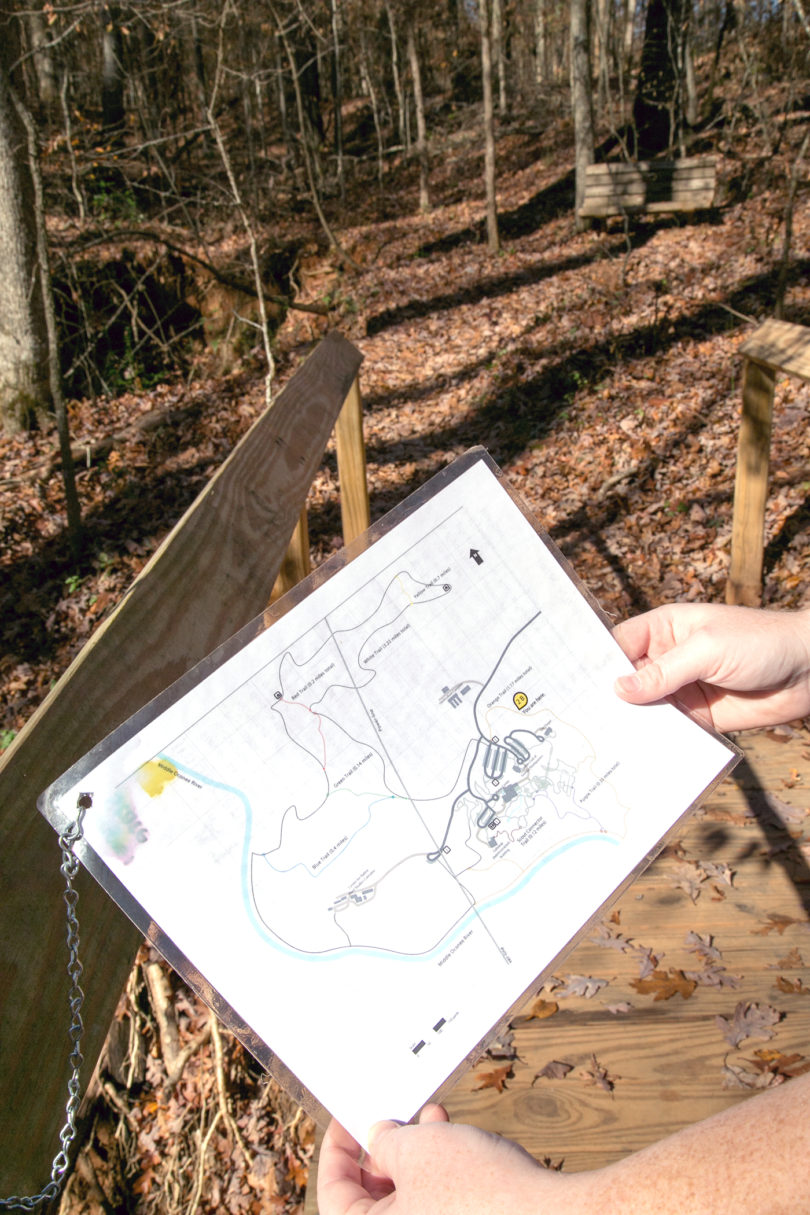 New signs posted along the nearly five miles of trails at the State Botanical Garden of Georgia will help runners or hikers who have lost their way or are injured let search teams know where to find them.

New signs posted along the nearly 5 miles of trails at the State Botanical Garden of Georgia will help runners or hikers who have lost their way or are injured let search teams know where to find them.

Each new sign includes a map of the trails on one side and safety tips on the other. The signs, which use a new labeling system for trail markers, are placed at every trail intersection and at most bridges and benches on longer trails, with no more than half a mile between each.

“In the past, when someone has gotten lost or gotten hurt, it has sometimes taken up to an hour to find them, even with our staff or emergency services walking all along the complex and miles into the woods,” said Cristina deRevere, facility rental coordinator for the State Botanical Garden. “We wanted to see if the (Office of Emergency Preparedness, or OEP) could help us figure out a better labeling system for our trail signs to potentially limit the number of emergencies.”

Staff at the garden reached out to the OEP to get input on the best way to label the new signs so that university and local police could help those on the trails.

Steve Harris, director of UGA emergency preparedness, serves as one of UGA’s representatives on the Oconee Rivers Greenway Commission. Harris put deRevere in touch with Athens-Clarke Leisure Services officials who manage parks and trails in Athens.

“It made sense to link up garden staff with those at ACC,” Harris said. “While the labeling systems may be different, I knew someone from ACC Leisure Services would be able to give advice on what might work well at the garden.”

While those who walk or run the trails frequently often know their way around, many trail regulars found the new signs more visible and accessible than the trail marking system already in place. David Francis, a registered forester and real estate broker, noticed the signs when he was at the garden playing Pokemon.

“These signs are great for people who don’t know trails and how to find their way with means like tree markings,” said Francis, who walks the trails often. “I can see how it would be helpful if you needed someone to get to you.”

KT Truszczynski, a Master of Public Administration student from Cincinnati, Ohio, found the new signs beneficial while out running on the trails.

“Even though I work part time at the garden, I still found them so useful during my run,” said Truszczynki, who runs the trails biweekly. “The ‘You are Here’ markings gave me a good idea of how much farther I had to go, and I actually made the decision to run longer based on my location on the trail.”

The garden will continue to update the trail maps and communicate with Athens-Clarke County and UGA Police on modifications so that emergency responders can reach injured or lost hikers more easily.