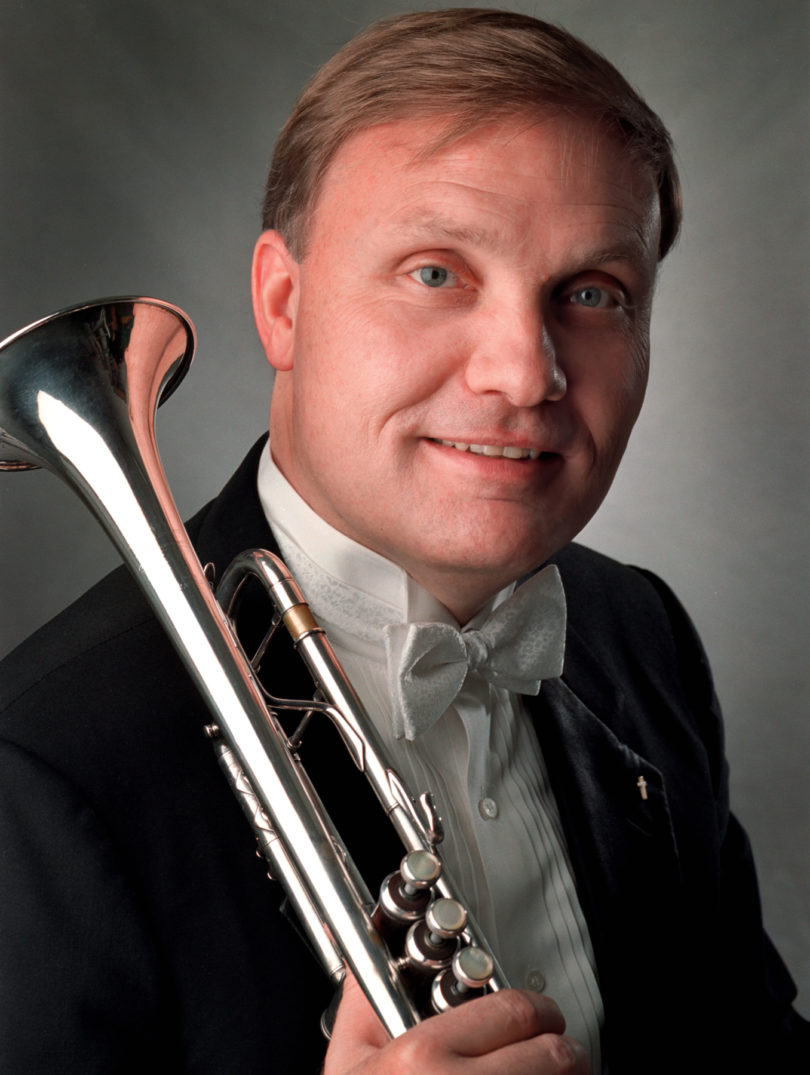 Philip Smith, currently the principal trumpet of the New York Philharmonic, soon will be moving south to join the faculty of the Hugh Hodgson School of Music. Smith will be named the William F. and Pamela P. Prokasy Professor in the Arts within the Franklin College of Arts and Sciences, pending approval by the Board of Regents of the University System of Georgia.

After playing with the New York Philharmonic for 36 years, Smith is retiring to teach in the UGA trumpet studio alongside professor Brandon Craswell.

“UGA is a destination for brass musicians seeking to study with world-class talent,” said Dale Monson, director of the music school. “Philip Smith’s arrival is another tremendous step forward in the history of our school.”

UGA’s Prokasy Professorship has an established tradition of attracting top-tier trumpeters to teach at the Hodgson School, beginning with the late Fred Mills, who was a founding member of the Canadian Brass. Mills was followed by David Bilger, principal trumpet of the Philadelphia Orchestra.

“Philip Smith is among the world’s greatest orchestral trumpet players, and his appointment to the faculty of the Hugh Hodgson School of Music brings great acclaim and prestige to an already excellent music program,” said Franklin College Dean Alan Dorsey. “Smith will attract outstanding music students from across the country, and his presence will be felt throughout the university and Athens communities.”

Smith is a graduate of The Juilliard School, where he was still a student when Sir Georg Solti invited him to join the Chicago Symphony Orchestra in January 1975. Three years later, he was appointed co-principal trumpet of the New York Philharmonic by Zubin Mehta and was named the sole principal trumpet in 1988. He has since been acclaimed by the New York Times for his “brilliant technique, elegant lyricism and wide range of colors.”

“Smith forged an incredible legacy with the New York Philharmonic,” Craswell said. “He brings a wealth of experience as a trumpeter and educator and will no doubt have an immediate and lasting impact on the university.”

During his tenure with the New York Philharmonic, Smith performed under the baton of most of the world’s greatest conductors, including Mehta, Kurt Masur, Leonard Bernstein, Lorin Maazel and Alan Gilbert. He premiered many concerti and appeared on more than 270 commercial recordings with the New York Philharmonic as well as performed as a soloist and chamber musician on dozens of albums by other ensembles.

“As I contemplate the generations of wonderful orchestra colleagues I’m privileged to call friends, the music directors under whom I have played, the many world famous guest conductors and soloists who have shared our stage and the behind the scenes staff that have moved this society forward, I am simply overwhelmed with emotion, pride and thankfulness,” Smith said.

“My simple goal over these many years has been to give my best, using the gifts given to me by God, for the beauty of the universal language of music. I am excited by this opportunity to be involved in the lives of young musicians, sharing all that I have experienced,” he also said. “So it is with mixed emotions that I am announcing my retirement from the New York Philharmonic, but I also look forward with eager anticipation to a new and exciting time at the University of Georgia.”