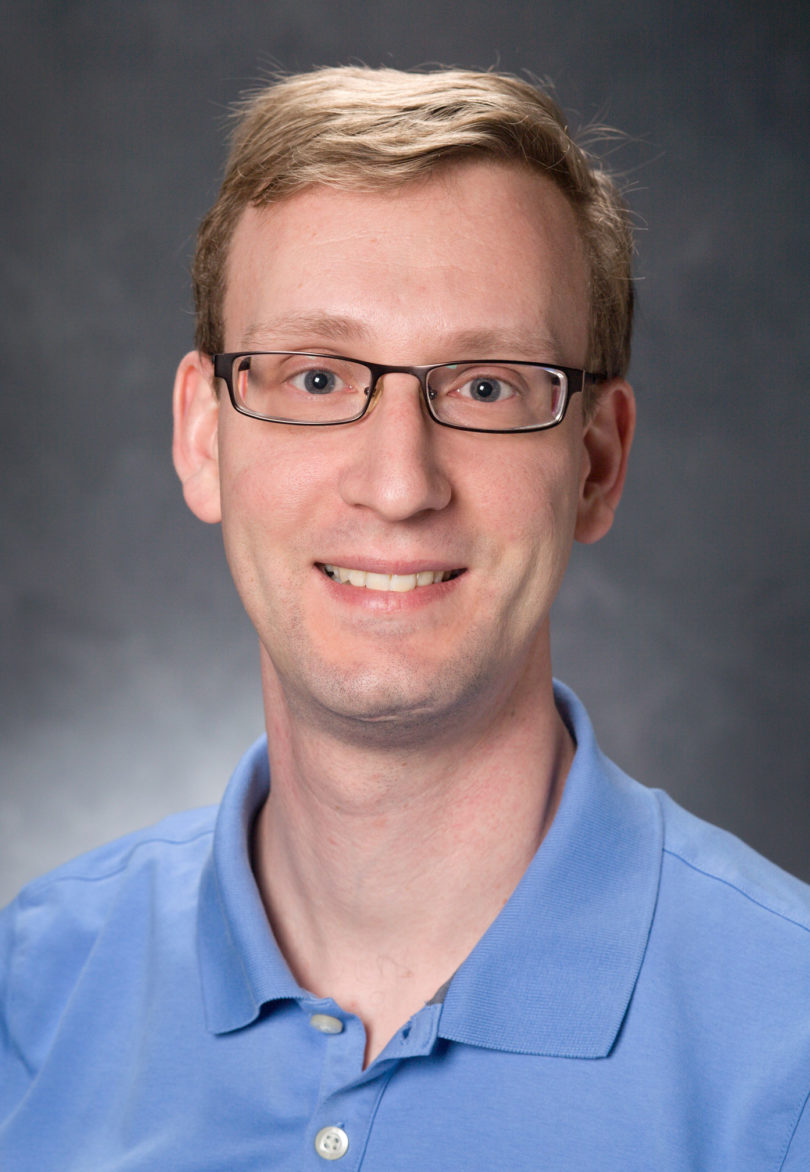 Vincent Starai is an assistant professor who holds a joint appointment with the departments of microbiology in the Franklin College of Arts and Sciences and infectious diseases in the College of Veterinary Medicine.

It begins with flu-like symptoms, but within days a victim of Legionnaires’ disease may experience severe chest pain, bloody coughing and even death. The illness, a severe type of pneumonia, affects only a small percentage of the population, but up to 30 percent of hospitalized cases can be fatal, and survivors often take a long time to recover.

UGA researcher Vincent Starai recently was awarded $1,503,565 by the National Institutes of Health to investigate how Legionella pneumophila, the bacterium that causes the disease, overcomes the body’s defenses. Starai is an assistant professor who holds a joint appointment with the departments of microbiology in the Franklin College of Arts and Sciences and infectious diseases in the College of Veterinary Medicine.

Between 8,000 and 18,000 people are hospitalized in the U.S. with Legionnaires’ disease each year, according to the Centers for Disease Control and Prevention. The bacteria exist naturally in the environment but proliferate in still, warm water in poorly maintained ventilation and water systems such as cooling towers, hotel shower heads, hot tubs and decorative fountains. It is transmitted when humans inhale mist, steam or other fine droplets from systems where the Legionella bacteria grow in concentrated numbers. It is not transmitted from person to person.

Bacteria enter the lungs and are attacked by phagocytes, the white blood cells that fight infection. Normally, phagocytes eat foreign particles, engulfing and breaking them into smaller fragments within a specialized compartment called the lysosome, but Legionella bacteria somehow block this process. Instead of fusing with the lysosome and disintegrating, the pathogen survives as a whole entity inside the phagocyte. The microbe then multiplies and reproduces inside the larger host cell. When the phagocyte finally dies, it releases a batch of new Legionella microbes ready to infect more phagocytes.

Over the next five years, Starai will look at proteins secreted by Legionella that prevent the host cell’s internal membranes from fusing with the lysosome. The fusion of these membranes is an essential step in the degradation of invading microbes.

“Legionella pneumophila produces and secretes a number of proteins that alter or inhibit membrane fusion,” Starai said. “Our goals are to study the mechanisms through which the bacteria alter the host cell environment.”