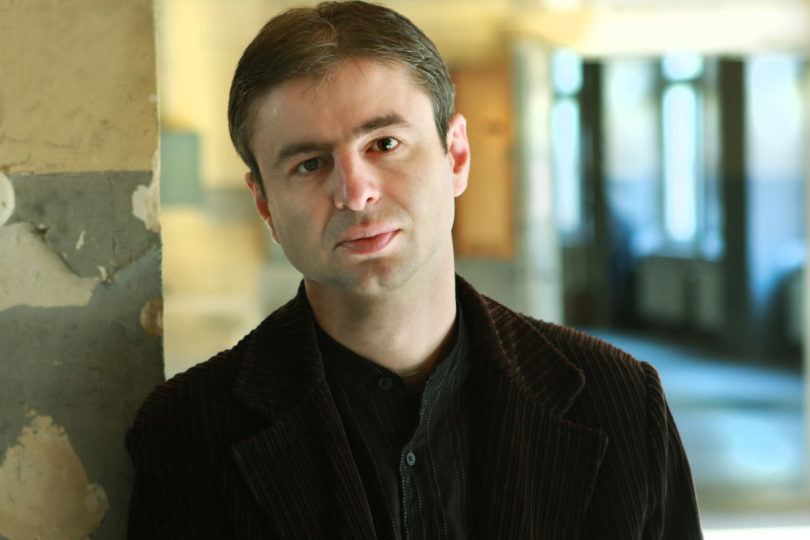 Athens, Ga. – Nikola Madzirov, a Macedonian poet whose work has been translated into 30 languages and published around the globe, will deliver two back-to-back events Sept. 20 at Ciné, 234 W. Hancock Ave., sponsored by the University of Georgia Creative Writing Program and the departments of Germanic and Slavic studies and comparative literature.

At 6 p.m., he will read from his poetry collection “Remnants of Another Age” (2011, BOA Editions); at 7 p.m., he will lead a discussion of Balkan literature, culture and politics.

Madzirov describes his native Macedonia as a space influenced by both Eastern and Western cultures, and he explores the possibility of transcending such binaries in his work.

Of his own poems, Madzirov said, “Silence and darkness are the two halves of the core of the universal code of understanding. In silence, all sounds are equal; in the darkness, all objects are the same. However, poetry opens new spaces for inhabiting by means of the words and the light of individuality. … In order to be able to write, it is necessary to travel both through the world and through yourself.”

Madzirov’s books have won several prizes, and he has been awarded residencies at the University of Iowa’s International Writing Program, LiteraturRaum in Berlin, KulturKontakt in Vienna, LiteraturHaus NÖ in Krems and Villa Waldberta in Munich. Madzirov has served as Macedonian coordinator for the international poetry network Lyrikline and as poetry editor for the Macedonian online journal Blesok.

Madzirov is visiting UGA in conjunction with International Poets in Conversation, part of the Harriet Monroe Poetry Institute’s consortium tour.