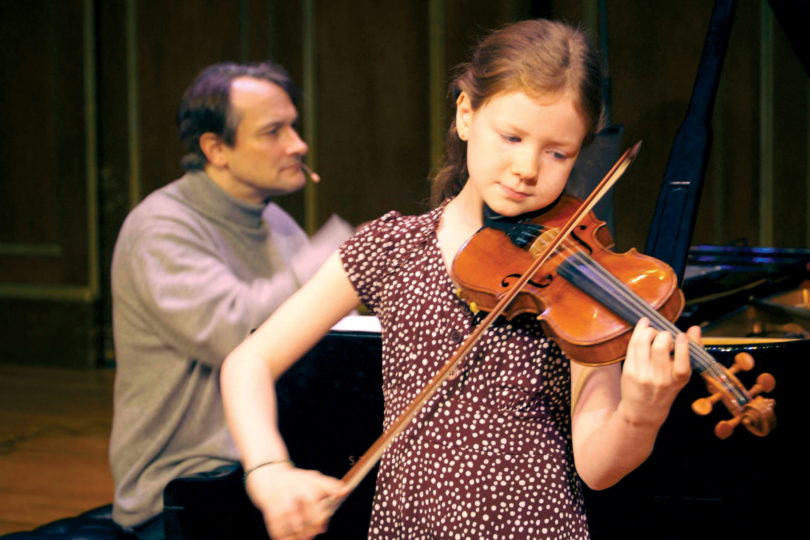 From the Top, a public radio program that celebrates young people in music

A popular public radio program returns to Athens when the Performing Arts Center presents From the Top on March 3 at 3 p.m. in Hodgson Concert Hall. The episode will tape before a live audience and air nationally the week of April 29.

Hosted by Christopher O’Riley, From the Top celebrates extraordinary young people in music. In 13 years, the show has recorded more than 280 radio broadcasts across the country and around the world, featuring more than 2,500 young artists, ages 8-18. From the Top is distributed by National Public Radio to nearly 250 stations coast to coast and is the most popular weekly classical music program on public radio.

The format of the show allows the performers to share their stories in compelling and often humorous ways. Founded by the New England Conservatory and WGBH in Boston, From the Top provides scholarships and performance opportunities for young artists so they might serve as role models for all ages and inspire audiences with a new appreciation for classical music.

O’Riley is an internationally renowned classical pianist and the recipient of top prizes and awards from the Van Cliburn Competition and the Avery Fisher Career Grants. In addition to performing with the world’s major orchestras, O’Riley has won acclaim for his interpretations of contemporary popular music, drawing from the works of Radiohead, Nirvana, R.E.M., Pink Floyd and Tori Amos.

Tom Vignieri, production manager for From the Top, will give a pre-concert lecture that is open to the public at 2:15 p.m.