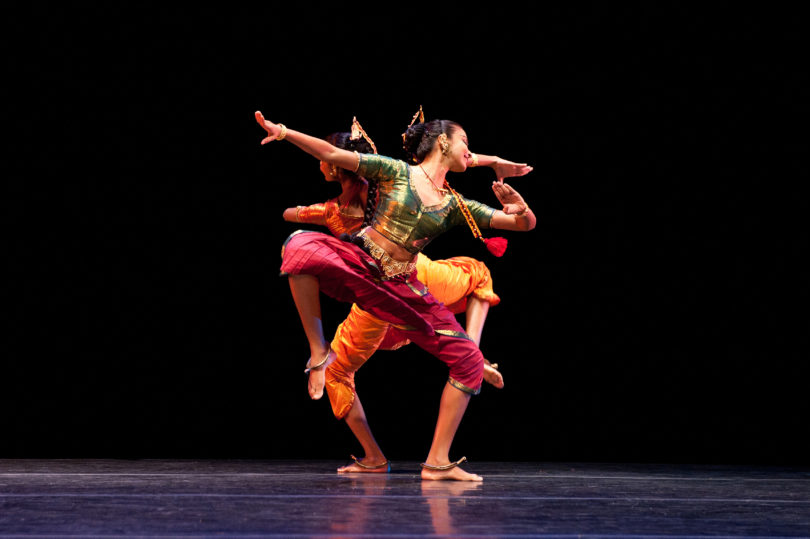 The Nrityagram Dance Ensemble will perform in Hodgson Concert Hall on Oct. 6. at 3 p.m.

UGA Presents is bringing India’s Nrityagram Dance Ensemble to Athens on Oct. 6 for a 3 p.m. performance in Hodgson Concert Hall. The award-winning ensemble will be joined by Sri Lanka’s Chitrasena Dance Company for a program of traditional music and dance.

The Nrityagram Dance Ensemble is regarded as one of the foremost dance companies of India, performing all around the globe, including an annual tour to the U.S. The company showcases the Indian classical dance known as Odissi. Originally a sacred ritual dedicated to the gods, Odissi is one of the oldest dance traditions in the world.

Nrityagram, which means “dance village,” is located outside Bangalore, India. It was founded in 1990 by Odissi dancer Protima Gauri, who converted 10 acres of farmland into a setting for the study, practice and teaching of dance. Nrityagram is a center of learning where dancers from all over the world live in an atmosphere that nurtures artistic exploration and development.

Surupa Sen, Nrityagram Dance Ensemble artistic director, was recently honored with the Sangeet Natak Akademi Award from India’s National Academy of Music, Dance and Drama. It is the highest recognition given to an artist in India.

Tickets for the Nrityagram Dance Ensemble start at $30 and can be purchased at the Performing Arts Center box office, online at pac.uga.edu or by calling 706-542-4400. A limited number of discounted tickets are available to current UGA students for $10 with a valid UGA ID (limit one ticket per student).

A pre-performance talk will be given by Leera Rawal, a Kathak dancer and disciple of Smt. Kumudiniben Lakhia and Pandit Birju Maharaj. Open free to the public, the talk will begin at 2:15 p.m. in Ramsey Concert Hall.