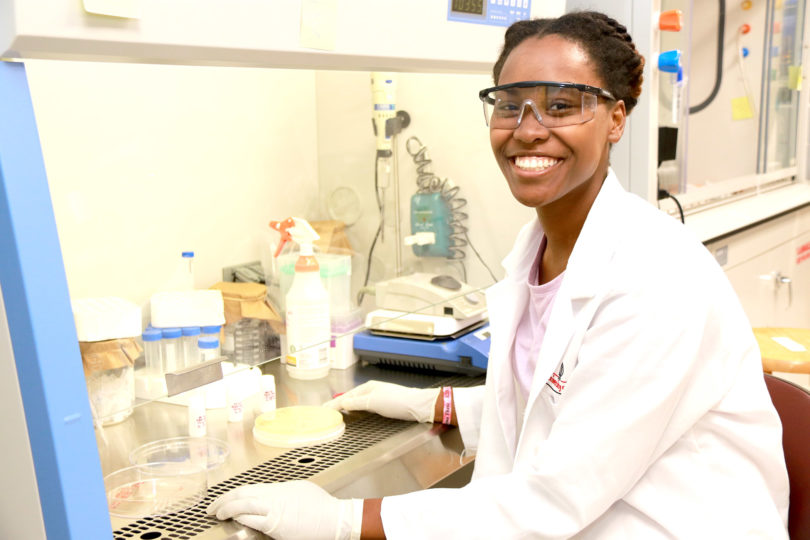 Funding for a program that has helped triple minority enrollment in STEM fields at UGA has been renewed for the second time by the National Science Foundation.

UGA initially received funding to implement the Peach State Louis Stokes Alliance for Minority Participation program a decade ago, and the program will continue for another five years thanks to a new $4 million NSF grant.

“The renewal of Peach State LSAMP funding is evidence of the University of Georgia’s success over the last decade, as well as our ongoing efforts, in supporting minority students in the STEM disciplines,” said President Jere W. Morehead. “We are excited to extend the reach of this important program as we prepare our students for the next stage of their academic careers.”

Since the Peach State LSAMP began in 2006, minority enrollment in STEM fields at UGA has increased from 399 in 2006 to 1,143 in 2015. The number of bachelor of science degrees earned by underrepresented minorities in STEM has quadrupled from 56 in 2006 to 214 in 2015. In addition, the overall number of STEM degrees conferred by UGA has risen in recent years from nearly 16 percent of all bachelor’s degrees in 2011 to 21 percent in 2015.

“The Peach State LSAMP program has had incredible success in supporting and engaging our students in research and faculty mentoring in the STEM disciplines,” said Michelle Garfield Cook, associate provost for institutional diversity, whose office administers the program. “We look forward to building upon this success over the next five years.”

In its first phase, the Peach State LSAMP concentrated on increasing STEM programming and mentorship for undergraduate students. The second phase, which began in 2011, focused on the success of students during their undergraduate years and engaging them in research. The most recent grant, “Extending the STEM Pipeline in the Peach State: Mentorship, Research and Graduate School,” will focus on mentorship, research and preparation for graduate school.

Nettie Brown, a third-year biochemical engineering student, participated in a Peach State LSAMP summer program prior to the start of her freshman year and credits it with helping her find faculty mentors and build connections with fellow students.

“It definitely helped me get started,” said Brown, who now serves as a student member of the executive board. “A lot of the people in my cohort were in my physics class that fall, so it was like you have a family with you.”