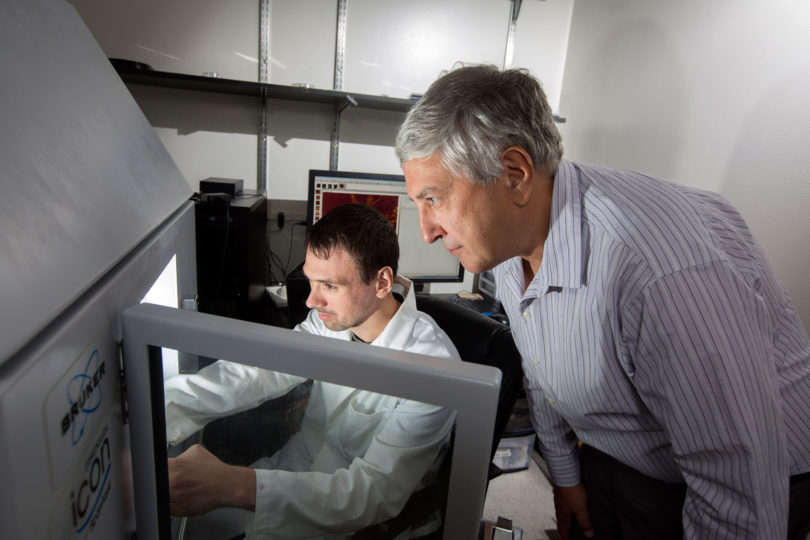 UGA and England’s University of Liverpool are offering a third round of “pump-priming”seed grants to encourage research collaborations between the two institutions. Research proposals for this round are due Nov. 4. In the last two years, the program funded a range of projects, from novel developments of personalized cancer treatments to the development of phase change textiles used for solider combat uniforms, with each initiative receiving up to $9,000 to cover initial project costs.

“The University of Liverpool has proven to be an excellent partner,” said Vice President for Research David Lee. “We are very pleased by how this multi-faceted, successful collaboration has already developed. With the aid of this new seed grant round, we look to expand our partnership even further.”

A collaboration from the 2014-2015 cycle between UGA’s Natarajan Kannan and the University of Liverpool’s Patrick Eyers has already borne fruit in a $1.5 million grant from the NIH. The goal of their project, “Evaluation of the Cancer-Mutated Human Kinome,” is to provide cancer patients with personalized treatment strategies based on their individual genomic profile.

By tackling the same critical issue—cancer—from two different approaches, their collaboration has provided a holistic approach to cancer treatment. Kannan, an associate professor of biology in the Franklin College of Arts and Sciences and Georgia Cancer Coalition Distinguished Cancer Scholar, and his UGA-based research team are mining data for cancer genomes to identify key mutations. Eyers and his research team in England are drug-testing cancer mutations to see what treatment works best for each type of mutation. This research partnership also has allowed Kannan and Eyers to visit each other’s universities, broadening the partnership and enhancing the education of all students involved.

Seed grant funding is provided in equal shares from both institutions. At UGA, the Office of Research matches departmental or unit support at a 2-to-1 ratio. Funding from Liverpool is provided by the International Development Office and the researchers’ school or faculty.

Among those selected in the 2015-2016 cycle is Sergiy Minko, the Georgia Power Professor of Fiber and Polymer Science in the College of Family and Consumer Sciences. He is collaborating with Dmitry Shchukin at the University of Liverpool on “Sustainable Nanocellulose Based Phase Change Textile Coatings” with the goal of creating “second-skin” soldier uniforms. Minko also has a joint appointment as a professor of chemistry in the Franklin College.

Javad Mohammadpour, an assistant professor in the College of Engineering, is collaborating with Liverpool’s Paolo Paoletti on a project titled “Embedding Robustness in Swarm Robotics Control Algorithms.” Mohammadpour also is the director of the Complex Systems Control Lab in the college. This project was funded in the 2014-2015 cycle.