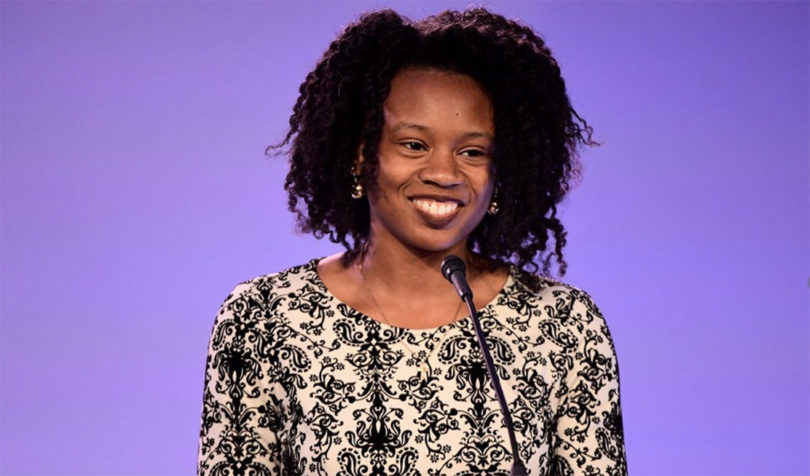 Georgia track and field legend Keturah Orji has been picked as the 2018 NCAA Woman of the Year from the nine former collegiate student-athletes selected as finalists at an awards dinner in Indianapolis, Ind., on Sunday night.

Orji becomes the first winner from Georgia’s track and field program and the fourth winner overall from the University of Georgia. Swimmers Lisa Coole (1997), Kristy Kowal (2000) and Kim Black (2001) won UGA its first three NCAA Woman of the Year honors.  Georgia was also the first school to have more than one winner.

All finalists — including three from each NCAA division — demonstrated excellence in academics, athletics, community service and leadership throughout their collegiate careers.

Finalists were selected from a group of 30 Woman of the Year honorees who were recognized on Sunday night.  This group of 30 included 10 honorees from each NCAA division and represented a range of sports.  Schools nominated a record 581 college athletes for the award. 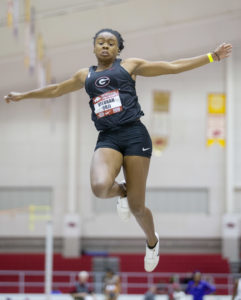 Orji, a former Bulldog team captain, served for three years on the UGAAA Student-Athlete Advisory Committee (SAAC), including as vice president during her senior year. A four-year attendee of the Student-Athlete Leadership Academy, she founded Amara’s Pride in 2017, an after-school mentoring program for middle school girls, focusing on self-worth, the importance of education, social media influences and the power of perseverance.

Orji also worked with an income tax assistance program, spent time with children whose parents were incarcerated during the holiday season and served as a United Team leader, through which she mentored other student-athletes through weekly small groups and Bible studies.

A 2018 Arthur Ashe Jr. Sports Scholar, Orji was a member of Georgia’s Sphinx Club honor society, the oldest honorary society in Georgia history, and Blue Key Honor Society, whose members are committed to leadership in student life, high scholastic achievement, service to others, citizenship and adherence to principles of faith.  She was named the 2018 Southeastern Conference Women’s Indoor and Outdoor Track and Field Scholar-Athlete of the Year, her third honor of this kind, and the university’s Joel Eaves Scholar-Athlete of the Year presented to the female student-athlete who has the highest GPA going into their senior year.

Orji received the SEC’s H. Boyd McWhorter Postgraduate Scholarship, presented to the conference’s top male and female scholar-athletes.  She was recognized by the U.S. Track and Field and Cross Country Coaches Association (USTFCCCA) as the 2017 Indoor and Outdoor National Field Scholar-Athlete of the Year, also giving her three of those honors in her career.  She earned her bachelor’s degree in family and consumer sciences and is now pursuing a Master of Science in kinesiology. She also is a volunteer assistant with the Bulldog track and field program.

Orji — who was fourth by only three centimeters in the 2016 Olympic Games in Rio de Janeiro — is a 15-time First Team All-American and eight-time NCAA individual national champion (four times in the outdoor triple jump, three times in the indoor triple jump and once in the outdoor long jump).  Her outstanding performance in those events helped Georgia win a team NCAA championship in indoor track and field in 2018 and finish as the national runner-up three more times.