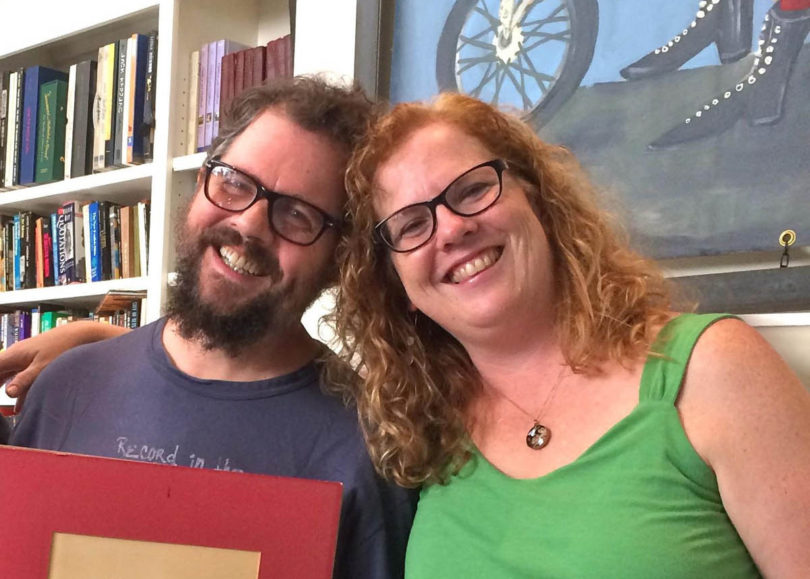 Athens, Ga. – Ann Powers of NPR and musician Patterson Hood will hold a public conversation on “Our Back Pages: The Music, Books and Movies That Fed Two Creative Lives” Feb. 12 at 4 p.m. in the University of Georgia Chapel.

The event is part of the Global Georgia Initiative, the signature speaker series of the UGA Jane and Harry Willson Center for Humanities and Arts.

Hood is a co-founder and principal singer-songwriter of the Athens band Drive-By Truckers, which has released more than a dozen albums to popular and critical acclaim. He has released three albums of his own and frequently performs as a solo artist in addition to maintaining a heavy touring schedule with Drive-By Truckers. He was born in Muscle Shoals, Alabama, where his father, David Hood, was the bassist in the Muscle Shoals Rhythm Section. In addition to his career as a musician, Hood has frequently written for publication on music and culture, including a 2013 article on “The New(er) South” for the online magazine Bitter Southerner.

Powers is a critic and correspondent at NPR Music, where she writes for the music news blog, The Record, and frequently appears on NPR’s radio programs. Before joining NPR in 2011, she was the primary pop music critic at the Los Angeles Times. She also worked as a writer and editor at The New York Times, Village Voice and San Francisco Weekly. She is the author of “Weird Like Us: My Bohemian America” (1999) and co-wrote the 2005 book “Tori Amos: Piece By Piece” with Amos.

Hood and Powers’ conversation will take place on the day of the first of the Drive-By Truckers’ three consecutive shows at the 40 Watt Club in downtown Athens, an annual event that brings fans from around the world to the city for an extended weekend.

There is no reserved seating in the Chapel. Admission is free and open to the public, and the doors will open at 3:15 p.m. The event is presented in partnership with the Grady College of Journalism and Mass Communication, the Music Business Program of the Terry College of Business and the Athens Music Project, a Willson Center Faculty Research Cluster.

The Global Georgia Initiative brings world-class thinkers to Georgia. It presents global problems in local context by addressing pressing contemporary questions, including the economy, society and the environment, with a focus on how the arts and humanities can intervene. Global Georgia combines the best contemporary thinking and practice in the arts and humanities with related advances in the sciences and other areas.

More information on the Global Georgia Initiative is available at http://willson.uga.edu/programs/public-programs/global-georgia-initiative/.